Responding to popular demand, Facebook will soon give users the option to see fewer political and social issue advertisements in their feed. This new setting, which will also be available in Instagram, is part of an effort to give people more control over what they see ahead of the 2020 U.S. presidential election.

Facebook announced the new option Thursday in a broader update about political ads on the service. The company did not, however, announce major changes or restrictions to the ad-targeting tools available to political campaigns. Facebook has discussed potential changes to ad targeting internally in recent months following restrictions from rivals Google and Twitter Inc. The social network decided against changing its targeting tools, which can be very granular and specific, after “extensive outreach and consultations” with third parties, the company said in a blog post.

Facebook is also sticking with a controversial policy that stipulates the company will not fact-check posts from politicians, including political ads. It has claimed repeatedly that it doesn’t want to be the final word on what is true or false in the world of political theater.

The company wrote that its policies were based “on the principle that people should be able to hear from those who wish to lead them, warts and all, and that what they say should be scrutinized and debated in public.”

Facebook has been at the center of a debate around online political advertising for months. Chief Executive Officer Mark Zuckerberg has stood firm in his belief that Facebook should not fact-check politicians, a stance that has drawn ire from Democratic presidential hopefuls like Senator Elizabeth Warren.

Facebook has also decided against ad-targeting restrictions despite changes from others in the industry. Twitter, for example, banned some political ads altogether and is limiting targeting for other ads that focus on social issues. “A political message earns reach when people decide to follow an account or retweet,” Twitter CEO Jack Dorsey explained at the time. “Paying for reach removes that decision, forcing highly optimized and targeted political messages on people. We believe this decision should not be compromised by money.”

Google has prohibited political campaigns from targeting ads to users based on political affiliation.

Zuckerberg has called repeatedly for the U.S. government to step in and regulate online political ads in the hope of creating some kind of industry standard. Facebook did so again on Thursday. “Ultimately, we don’t think decisions about political ads should be made by private companies,” the social giant wrote on its blog. “We believe the sooner Facebook and other companies are subject to democratically accountable rules on this the better.” 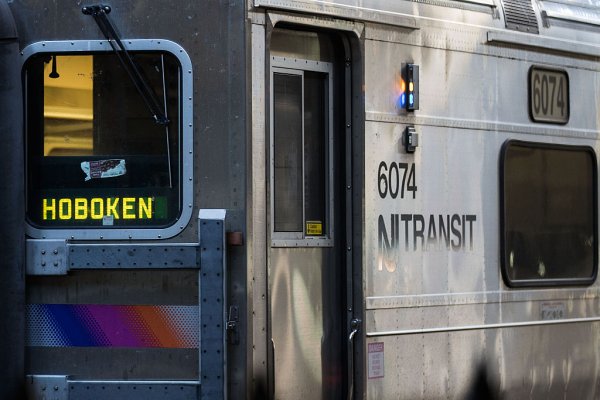 New Jersey's Train Stations Are Turning Into Gambling Hubs for New Yorkers
Next Up: Editor's Pick