Carl Icahn is again ending a fight against a tech giant without getting everything he wanted. The activist investor has reached a truce with eBay that will end Icahn’s very public demands that the auction site spin-off its subsidiary PayPal.

Icahn will formally withdraw his proposal that eBay sell off PayPal, which could have set the stage for a proxy war at the company’s annual shareholders meeting in May. He’ll also drop two nominees for the company’s board of directors. eBay will appoint former AT&T CEO David Dorman to its board, per Icahn’s suggestion.

“We are very pleased to have reached this agreement with Carl, settling proxy issues and enabling our board and management team to focus our full attention on a goal every shareholder agrees on – growing PayPal and eBay, and delivering sustainable shareholder value,” eBay CEO John Donahoe said in a press release.

Icahn will be privy to private information about eBay’s business if board members or eBay executives choose to disclose it to him, but he has signed a confidentiality agreement promising not to divulge sensitive data to the public. In essence, he will continue his campaign in the boardroom instead of on his website and on CNBC. “I continue to believe that eBay would benefit from the separation of PayPal at some point in the near future and intend to continue to press my case through confidential discussions with the company,” Icahn said in the release. “While John has made no commitments regarding such a separation, he and I have agreed to meet regularly when he is in New York to discuss strategic alternatives.”

The spat between eBay Icahn had grown increasingly vitriolic in recent months. Icahn called eBay the worst-run company he’s ever seen in February, criticizing its 2007 sale of the video chat service Skype. He’s also accused board member and venture capitalist Marc Andreessen of having a conflict of interest in the sale, in which Skype went to an investor group that included Andreessen. eBay has defended its governance practices and said it has no interest in selling PayPal. Andreessen essentially called Icahn a hypocrite in a blog post. Icahn had recently backed off his PayPal spinoff proposal somewhat, instead pivoting to ask for a partial IPO of the company.

This is not the first time Icahn has ended a war in retreat. Last year he purchased billions of dollars worth of Apple stock, then pressured CEO Tim Cook to increase the company’s stock buyback program by $50 billion in order to boost the company’s share price. Cook resisted, and Icahn dropped the proposal in February. The investor claimed a partial victory because Apple began buying more of its own stock after Icahn launched his campaign. 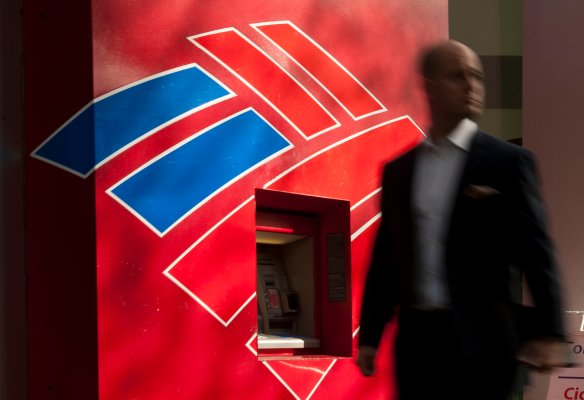