I can write on it. I can save all of my work in it. And I can fold it up and slip it under my arm.

So far, so notebook. But this product does so much more: It sends email, plays videos, and runs full Windows — not exactly within the capabilities of your average Moleskine. When it folds, I can’t help but marvel at how its flexible 13.3-inch screen appears not to care one pixel, but I also mentally say a quick prayer that it’ll be OK when I fold it flat again. (It is.)

This is the Lenovo X1 Fold, and it’s the world’s first foldable Windows machine. I’m hesitant to call it a PC, even though that’s what it is, since that tends to connote a laptop or all-in-one. And to call it a tablet, which it also is, feels like applying a sheen of mundanity to a truly wondrous feat of engineering. Performing everyday notebook tasks with it — especially the folding — really emphasizes that this is a new thing. But it might be easiest to think of it as a very old thing.

“The oldest form factor in the modern world is the book,” says Christian Teismann, Lenovo’s president of commercial PCs. “It has a very specific use case — you can hold it in your hand all day, the leather [backside] makes a huge impact. Both sides have to be totally equal in terms of weight. It has to be perfect in terms of its motion.”

Whether it’s laptop, book, or chunky pamphlet, the X1 Fold is a step closer to reality: Although Lenovo first unveiled the device last May, it left out key details like when it would ship and how much it would cost — often the telltale signs of vaporware. But at CES 2020, the company is making good on its tease, showing off a newer version of the product. More importantly, it’s announced that the Fold will ship in mid-2020 for the tidy price of $2,499 (although the company also qualifies both with weasely “is expected” language).

A brief history of foldables

A lot has happened in the foldable universe since Lenovo first showed the X1 Fold. Foldable phones arrived, narrowly dodging a nearly disastrous false start when the granddaddy of the pack, the Samsung Galaxy Fold, suffered through many breakages prior to its planned-and-aborted spring launch (it eventually debuted in the fall). Other foldable phones, including the Huawei Mate X and new Motorola RAZR, have earned mostly positive buzz, though neither has been fully released to the buying public.

Foldables are the most technologically interesting part of the larger world of dual-screen devices, and that got a massive shot in the arm in October. At its annual hardware event, Microsoft previewed two devices that wouldn’t come out until fall 2020: The Surface Neo PC and Surface Duo phone, both booklet-style devices with a screen on either side. The screens have bezels, so there isn’t a continuous image that runs across both displays. Instead, a new version of Windows (dubbed “Windows 10X”) will enable the two screens to work together in intelligent ways, such as having an email list on one side and a message pane on the other.

While that’s nice, it’s not ideal, according to Lenovo. And it should know — it debuted a dual-screen laptop, the YogaBook, in 2018, earning mixed reviews.

“Having that that separation, or that that bezel in between, you really couldn’t claim that as a full laptop [experience],” says Tom Butler, Lenovo’s product manager for the X1 Fold. “The problem with that you have a bezel in between. [With the Fold], you don’t compromise on the performance of screen — you’ve got full content consumption or creation.”

What it’s like to use a PC that folds up

As I tried out the X1 Fold at CES, I did my best to put aside my initial enthusiasm for its novelty and tried to imagine it as my everyday computer. It’s undoubtedly a well-designed piece of hardware: Folding and unfolding the display becomes more natural the more you do it, though I felt it was slightly too hard to fold it up from laying flat. I needed two hands to do it every time, which was a little surprising given how hard Lenovo is pushing the “book” idea.

Typing on the Fold revealed another compromise: The optional mechanical keyboard is narrower than a standard one, which makes you prone to errors as your pinky fingers reach for keys that aren’t where you expect them to be. And using the onscreen keyboard in folded mode is an alien experience. When I asked Butler why Lenovo didn’t give it haptic feedback to simulate a typing sensation, he said that’s what the mechanical keyboard is for. Okay.

Different designs are certainly in the works, and not just from Lenovo. Intel, which developed the special Lakefield chip that powers the Fold, announced at CES it was opening it up as a platform for other manufacturers to build other hybrid PCs.

“The Lenovo X1 Fold is a first experiment of a new category of a device,” says Frank Gillett, an industry analyst at Forrester Research. “We’re still figuring it out. But, back in the ’80s, it took a while to figure out what a laptop was supposed to look like. We’re entering a period of multi-year experimentation.”

Whether foldable devices will be here to stay remains to be seen. Despite the proven benefits to productivity that a second or larger screen bestows, there’s definitely an air of “who ordered this?” around dual-screen and foldable devices. The whole category has echoes of the way 3D TV and virtual reality headsets were pushed on a skeptical buying public, and both of those ended up petering out.

No one can say whether the same will happen to these expensive new toys. But the category could do a lot worse than the Lenovo Fold X1 as its vanguard. As a piece of hardware, the device doesn’t feel fragile or unfinished; indeed, it has all the gadget lust of a sleek and powerful tablet with the added benefit of performing a magic trick on command. If the future is foldable, Lenovo just secured its place in it.

The original version of this story mischaracterized the Intel chip powering the Lenovo X1 Fold. It was not developed specifically for the X1 Fold. 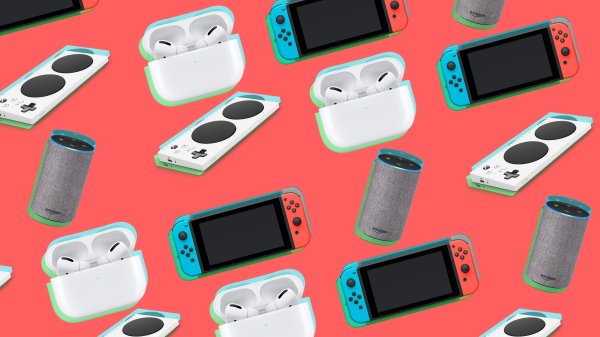