A 19-year-old British woman at the center of a high-profile rape case has received a four-month suspended sentence on a charge of public mischief in Cyprus, an activist present in the courtroom told TIME.

The woman, who has not been identified publicly, covered her face with a scarf as she arrived at Famagusta District Court in Paralimni, eastern Cyprus, on Tuesday, eight days after a judge declared her guilty of fabricating a rape claim.

In July 2019, she reported being raped by up to 12 Israeli men at the resort town of Ayia Napa. Ten days later, she retracted her statement but has since said that she was forced to do so under pressure by Cyprus police. The police have denied this claim.

On Tuesday, the young woman was accompanied by family and her legal team to the courthouse, where she was greeted by dozens of protesters and activists from Cyprus and Israel.

Her sentence was suspended for three years, and she was ordered to pay €148 ($165) in legal fees by the court. On Tuesday, Judge Michalis Papathanasiou said that he had decided to give the woman a “second chance.” The Associated Press also reported that Papathanasiou cited other reasons for the suspended sentence, including the woman’s age, clean criminal record and psychological condition, as well as the intense international publicity the case has received. The sentence also means she is now free to return home to the UK. She had already spent more than a month in prison in Cyprus before being granted bail at the end of August, and has not been allowed to leave the island since, causing her to lose her place at university in the U.K.

Ahead of the sentencing, lawyers for the woman told TIME of what they say are problems with the way the case has been handled by authorities, including the woman’s detention without a lawyer for eight hours at a police station on July 27, when she made her retraction.

“The whole sequence of the various authorities and the way they treat violence against women is problematic,” says Nicoletta Charalambidou, a Cyprus-based lawyer on the woman’s legal team. Michael Polak, director of Justice Abroad, which is assisting the woman in her case, said that her legal defence team will be submitting appeal grounds to the Supreme Court of Cyprus within the next 10 days and will be requesting an expedited appeal. “If our client cannot obtain justice in Cyprus, this matter will go all the way up to the European Court of Human Rights and European Court of Justice,” Polak said in a statement.

The case has sparked public outcry in Cyprus, the U.K. and Israel.

Demonstrations took place in solidarity with the woman on the eve of the sentencing in London and Tel Aviv. Carrying signs reading “We Believe You,” protesters chanted “Jail the rapists, not the victims” outside the courthouse as the sentencing was carried out. 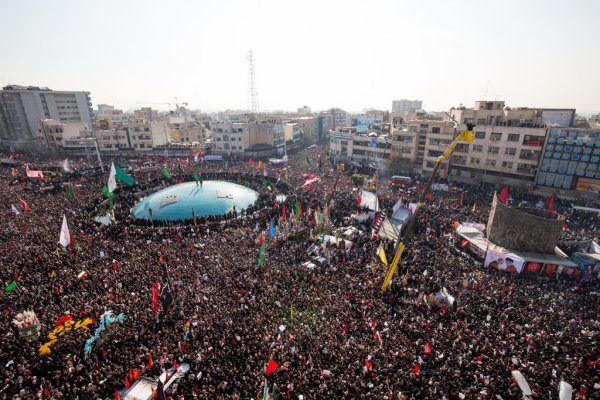 How to Talk to Your Kids About U.S.-Iran Tensions
Next Up: Editor's Pick