As wildfires continue blazing a deadly path through Australia, leaving destroyed homes and landscapes in their wake, people and countries around the world are coming together to offer financial and firefighting assistance. But with months of burning likely still to go, and 18 million acres of destruction already recorded, along with 24 lives lost, it’s clear that reconstruction will be a long process—both in terms of physical rebuilding, and psychological recovery.

“Their national psyche will change,” says California-based psychotherapist Diane Ross-Glazer, who has counseled disaster survivors and lived through wildfires herself. “You’re not only grieving what you lost; you’re grieving for your country.”

Trauma of any kind can result in lingering distress not only for direct sufferers, but also for those who witness or read about a disaster or tragedy. Natural disasters and climate-change-induced extreme weather fall into this category, according to the American Psychological Association (APA).

The grief, stress and fear that come along with wildfires can result in mood swings, depression, flashbacks and relational strain, according to the APA. Young children, who do not fully understand or know how to cope with the situation, may be particularly at risk, according to the U.S. Centers for Disease Control and Prevention.

Gerard Jacobs, director emeritus of the Disaster Mental Health Institute at the University of South Dakota says traumatic stress—which he defines as stress that leads to an emotional response affecting behavior, thoughts or physical well-being—is an ordinary reaction to extraordinary circumstances, and doesn’t always turn into a psychological disorder. Events that are unexpected, large in magnitude or particularly deadly—like the Australian wildfires—are especially likely to trigger stress responses, he says. For most people, these feelings naturally clear up after about four to six weeks, but those who struggle longer may want to seek professional help, Jacobs says.

Australia’s government has already earmarked $2 billion for a National Bushfire Recovery Agency, which will address everything from ecological and infrastructure restoration to ongoing mental health support for Australian citizens. Australian states and territories affected by the fires have also established localized government agencies and relief funds meant to aid rebuilding and recovery. And while the fires wage on, government agencies are pointing people suffering acute mental distress toward resources including 24/7 crisis help lines and emergency relief centers.

Dr. Murray Wright, chief psychiatrist for the state of New South Wales, says his staff is working to prioritize mental health professionals’ time, sending more into heavily affected areas and focusing on at-risk populations such as first responders and people with preexisting mental health issues. That’s the current priority, but Wright says there will be a “building need” for counseling services over the next six to 24 months, and it’s crucial for people to “have an awareness that they need to self-monitor and look out for the well-being of people around them.”

But both research and survivors’ stories suggest these efforts are fighting an uphill battle. An Australian study published in 2014 found that, about three years after the so-called Black Saturday bushfires killed 173 people and leveled huge swaths of land, more than 15% of respondents in heavily affected areas reported probable PTSD associated with the fires, while 13% reported depression and almost 25% reported heavy drinking. Of the 10% of respondents who said they had “severe” psychological distress, a third said they had not seen a mental health professional in the prior month.

Places repeatedly ravaged by wildfires, like Australia and California, at least have the benefit of learning from prior experiences. After the Black Saturday fires, the state of Victoria developed a blueprint for guiding post-disaster mental health support, including programs like training counselors in schools; providing parent and post-disaster support groups; and offering vouchers for free counseling and other wellness services.

“In Victoria we know all too well that recovery is not as simple as rebuilding infrastructure. It’s something that can take us not just months, but years—and we need to support people and their mental health every step of the way as they deal with the trauma,” said Luke Donnellan, the state’s acting minister for mental health, in a statement provided to TIME.

But learning from experience comes at a high cost for repeat sufferers. Dr. Joshua Weil, an emergency medicine physician at Kaiser Permanente in Santa Rosa, Calif., thought he was living a once-in-a-lifetime nightmare when the 2017 Tubbs Fire leveled his home and forced him to lead an evacuation of his hospital. But this past October, Weil found himself doing it all over again: his house—though ultimately spared—was again in the path of a fire, and Kaiser again had to evacuate.

Weil says his mental health suffered after the first fire, as he grappled with the loss of family photos and other artifacts he held dear. “Everything that anchored my life was gone. I felt like I was detached,” he says. “I definitely felt, particularly in the first six to nine months after the fires, that I was riskier in my behavior, because I think I felt less attached to things.”

After the second wildfire, Weil says, he became aware of other effects, like the lingering anxiety that comes from living in a place likely to experience even more disasters as climate change brings ever-more extreme weather. “Every October, do we simply not make plans because they may be disrupted?” he says. “It’s our new reality.”

A number of organizations are pitching in to help with persistent psychological effects in California, including Weil’s employer: Kaiser Permanente has put $3.3 million toward mental health support for California wildfire victims since 2017. The Northern Sonoma County Healthcare Foundation launched an initiative called the Wildfire Mental Health Collaborative, which offers training and grants to mental health professionals, as well as tools like a bilingual help website and yoga and meditation sessions for survivors. The Healthcare Foundation, along with health tech company Overlap Health, also launched Sonoma Rises, a mental health app targeted toward fire survivors. In Australia, groups like Beyond Blue have provided psychosocial support training for community leaders.

Ross-Glazer says it’s key to bring people together as they grieve, and to keep that connection going for months or even years after a disaster via public support groups, memorials and ceremonies. “These people won’t move back to life as they knew it, because the fabric of their life has been ripped,” Ross-Glazer says. “This isn’t an event; it’s a process.”

Jacobs adds that it’s important to remember that traumatic stress is normal—in fact, he says, research suggests accepting stress as normal may prevent it from turning into a long-term problem. That includes acknowledging it in children as well, and working through it to help them return to a sense of stability and routine. “Children need to talk about it as much as adults do, and it’s important that we not dismiss children’s fears and concerns,” Jacobs says. “Eating well, getting sleep, and what may seem like common sense kind of things actually do help people cope with stress. For children, the more you can return the order of things,” the better.

Weil recalls the importance of connection in his and his community’s recovery. “Don’t try to do it alone,” Weil says. “[Survivors] need to look within themselves and at the people who stood by them and know that they can rely on them and rely on themselves in a way they never knew before.” 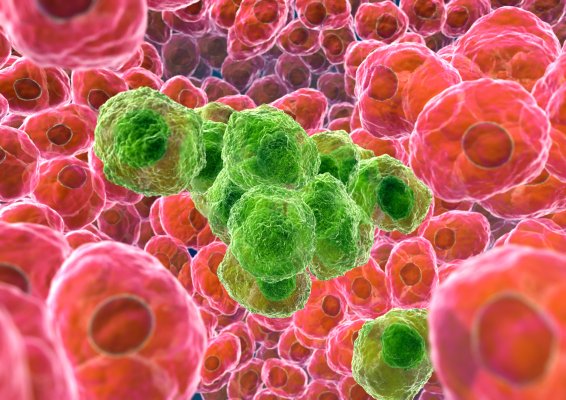