Hollywood actress Sharon Stone is back on Bumble’s dating platform after the matchmaking app reinstated the “Basic Instinct” star’s access that was suspended for hours after several users complained her profile was fake.

Bumble’s editorial director Clare O’Connor reached out to the celebrity on Twitter to notify that her account was unblocked, and signed off with the message- “hope you find your honey.”

Stone, who shot to fame with movies such as Total Recall and Casino, took to Twitter to share that Bumble closed her account after users on the dating platform reported “it couldn’t possibly be” her using the matchmaking app.

Stone’s travails highlight the push taken by Bumble and other matchmaking apps to weed out fake dating profiles. Dating apps have come under more scrutiny this year with the U.S. Federal Trade Commission suing Tinder owner Match Group Inc. for deceiving consumers by using messages from fraudulent accounts to encourage them to sign up for subscriptions.

Bumble, which describes itself on Twitter as “bringing good people together,” would aim to keep the platform clean and reputable as its parent company draws in the big investors. Blackstone Group Inc. took a majority stake in Bumble’s holding company MagicLab in November, valuing it at about $3 billion.

Together with Badoo and gay-dating app Chappy, Bumble was part of Rimberg International Corp. before they were placed under MagicLab, according to Forbes. Rimberg was weighing an initial public offering in the U.S. as part of its plan to become the world’s biggest dating business, founder Andrey Andreev told Bloomberg News in an interview last year. 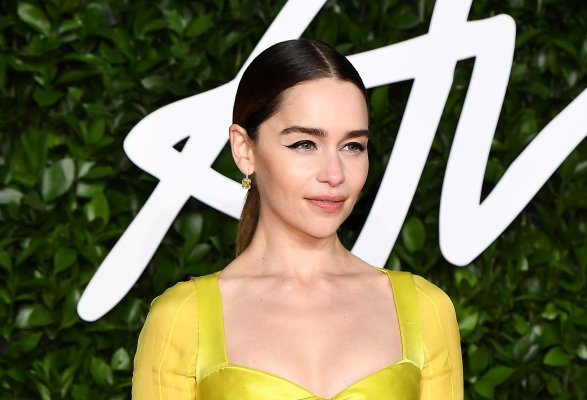 Emilia Clarke Says No More Fan Photos After Being Approached During a Panic Attack
Next Up: Editor's Pick