Dense fog extending across the Midwest caused more than 120 fights to be canceled at Chicago-area airports and left roads a murky mess from Wisconsin to Ohio.

Warm air aloft trapped cold air near the ground, and because it is late December the sun couldn’t quickly burn off the ensuing fog, said Brian Hurley, a senior branch forecaster at the U.S. Weather Prediction Center in College Park, Maryland.

“This is an awful time of year if you want the sun to do its magic,” Hurley said by telephone.

While murky conditions could linger for a few more hours in the Chcago area, the National Weather Service forecast partly sunny skies with a high of 50 degrees Fahrenheit (10 Celsius) as the afternoon progresses. That’s key with AAA reporting it expects a record 5.6 million people to be on the roads nationally from Dec. 21 to Jan. 1, the most since the group began tracking holiday travel in 2000. 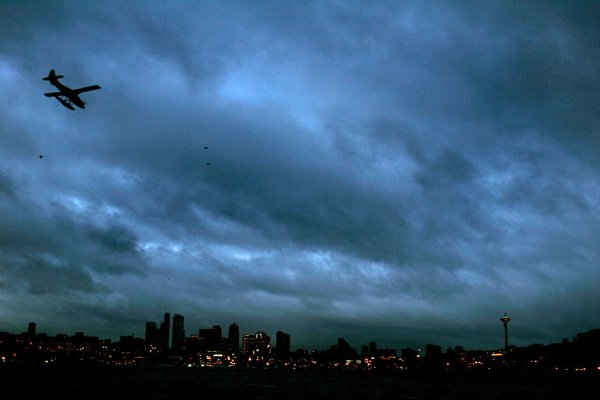 Seattle Had Its Darkest Day Since Recordings Began
Next Up: Editor's Pick