The Charlotte-Mecklenburg Police Department (CMPD) announced on Tuesday afternoon that there will be an internal investigation into the arrest of the rapper DaBaby. He was apprehended on Monday night for possession of marijuana and resisting arrest after a concert.

“The CMPD has launched an Internal Affairs investigation to determine if officers followed department policies and directives during the incident,” the CMPD said in a press statement.

According to CMPD, DaBaby, whose legal name is Jonathan Kirk, went to perform a concert at the Bojangles Arena in Charlotte, N.C. While officers were providing security outside of the concert, they noticed the smell of marijuana coming from the car that brought Kirk to the venue.

“Officers approached the white Dodge Charger and indicated they observed marijuana in plain view inside the Dodge Charger while utilizing their flashlights,” the statement said.

When the officers tried to speak with Kirk after he left the arena, he walked away from them and refused to speak, according to the statement. They then handcuffed him and told him that they legally searched the vehicle. Kirk was transported to “another location” for his safety as well as the safety of the officers.

Once Kirk was brought to the Mecklenburg County Sheriff’s Department, the officers decided to issue him two citations as opposed to keeping him arrested. He left the sheriff’s department with the citations, during down a ride from the police.

Kirk also tweeted about the arrest on Tuesday, saying that police are using the local news to “cover their tracks” and that the police were wasting their resources to harass him when “someone died last night.”

He also suggested that he and his team have video and audio of the arrest.

Kirk’s arrest happened the same day the rapper donated Christmas gifts to over 200 kids in Charlotte. 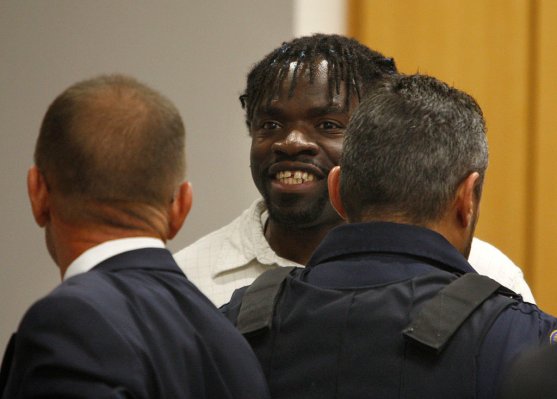