Two suspects are in police custody after 13 people, including a 16-year-old, were injured in a shooting at a Chicago memorial party shortly after midnight on Sunday, police say.

Men and women had gathered at a home in the city’s Englewood neighborhood to remember a person slain in April when a dispute broke out, Chicago Police Department Chief of Patrol Fred Waller told reporters Sunday. Then, someone started shooting inside the house.

Party guests started to run out of the house, and at least two suspects pursued them, Waller said. The suspects fired on the crowd and on a vehicle as it tried to drive away. Waller said that it “Looked like they were just shooting randomly at people as they exited” the party.

At least 13 people between the ages of 16 and 48 were hurt, including four who were critically injured and one of the suspects. Waller said that the 16-year-old, who is the only juvenile hurt, is in critical but stable condition. Emergency vehicles transported seven of the injured to the hospital from the scene, and six other people brought themselves to the hospital later.

Police arrived on the scene just a few minutes later and provided first aid, Waller said, noting that the situation had been “chaotic.”

Two people were brought into police custody. One of the suspects was in possession of a revolver. Police believe that the other suspect, who has a gunshot wound, might have instigated the incident.

Investigators believe the shooting was an isolated incident that likely stemmed from a personal dispute, and was not gang-related, Waller said.

He said that despite the fact that it’s December, police are still recovering a lot of weapons. He said that the number of weapons in the city has contributed to gun violence.

“Too many disputes that are reconciled by weapons, as this was. Just too many weapons on the street,” Waller said. 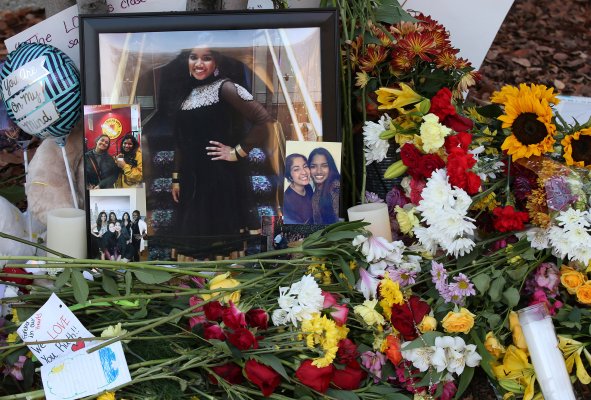 A Chicago Student Ignored a Man's Late-Night Catcalls. Now He's Charged With Her Murder
Next Up: Editor's Pick