There’s no question that autism can be traced to a combination of genetic and environmental factors. One genetic contributor in particular has in recent years intrigued scientists studying autism: DNA mutations originating in fathers’ sperm.

Studies have linked autism risk to de novo mutations, or changes in DNA that arise spontaneously in sperm as the germline cell develops, or in the embryo after fertilization. Researchers estimate that such mutations might be involved in anywhere from 10% to 30% of autism cases, and that the older a father is at the time of conception, the higher the chance his sperm will result in de novo mutations that can contribute to autism spectrum disorder. In fact, with every decade of life, the number of de novo mutations in sperm doubles.

In a new study published in Nature Medicine, researchers led by a team at the University of California, San Diego (UCSD) set out to determine if they could match specific disease-causing genetic mutations in the DNA of children with autism to the same mutations in their fathers’ sperm.

The team analyzed DNA from eight sets of fathers and children. In the children, they looked for a phenomenon called mosaicism, which are genetic differences even among cells from the same person. Each time a cell divides, the process can generate mutations, or genetic mistakes—some can be harmful (for example, some can lead to cancer), but most are not because they occur outside of important genes in what are known as “DNA deserts.”

The researchers then matched these changes found in the children to those found in their fathers’ sperm. That confirmed that the de novo mutations were indeed playing some role in contributing to autism.

The researchers also determined what percentage of sperm produced by the father contained these de novo mutations. This knowledge, say the study authors, could potentially lead to a test that can help fathers of children with autism to know how likely they are to have another child affected by the condition. Eventually, the genetic test could also tell parents-to-be if they are at increased risk of having a child with autism. The DNA sequencing technology used is basically the same as used for whole genome sequencing, and the price for that continues to drop, so this wouldn’t be an especially expensive tool.

Currently around 165 genetic mutations have been linked to autism, and conducting a deep analysis of a potential father’s sperm for some of these aberrations could let him know if he is at higher or lower risk of fathering a child who might be affected by autism. (The list of implicated genes continues to grow at a rapid pace, and at the time of the study, the scientists worked with a smaller number of culprit genetic variants). In some of the eight fathers in the study, up to 10% of their sperm carried mutations; if these men decided to have more children, they would have the option of choosing whether they wanted to take measures to reduce the risk their children would be affected. Some, for example, might use IVF so they could screen their embryos for the mutations.

“The point of this is not to eradicate autism,” says Jonathan Sebat, director of the Beyster Institute for Psychiatric Genomics at UCSD, and one of the authors of the new paper. “That is not the goal of this; that is not the point. The point is to inform parents of their risk so they can make their own decisions based on that knowledge.”

The next step is to better understand how de novo mutations function over time. Joseph Gleeson, professor of neuroscience at UCSD and Rady Children’ Institutes for Genomic Medicine and senior author of the paper, says that he and his team have launched another study to explore just that. They recruited male students and faculty from UCSD of varying ages and are sequencing their sperm at different periods of time to track the stability of the mutations.

This line of research could eventually make deep genetic sequencing of sperm commonplace in the family-planning process. Not only could it help parents-to-be make better-informed decisions about their future children’s risk for not only autism, but other conditions believed to be connected to de novo mutations as well, like schizophrenia, epilepsy, and neurodegenerative diseases. 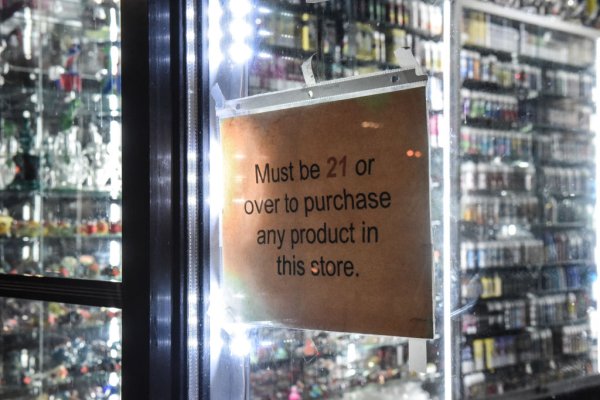 Legal Age to Buy Tobacco Products Raised to 21
Next Up: Editor's Pick