Trying to Get in Shape in 2021? Here's the History Behind the Common New Year's Resolution

Most Americans didn’t see exercise as necessary until the mid-20th century, says Natalia Mehlman Petrzela, a historian and professor at The New School who is writing a book about the history of American fitness culture. Previously, food scarcity meant overeating wasn’t a problem for many people, and it didn’t make sense to try to burn off the few calories they could consume; besides, it was generally only the most well-off Americans who could afford extra exercise equipment. But industrialization changed the nature of work and food production. Fewer farmers in the field doing physical labor and more office desk jobs, later joined by the growth of automobile culture and suburban sprawl and the popularity of television, all led to more couch potatoes.

“You don’t see exercise culture taking off in the U.S. until after World War II, when there’s more widespread affluence,” says Petrzela.

And the change didn’t go unnoticed. After a 1955 report showed that 57.9% of American kids failed one or more of six physical fitness tests — versus about eight percent of European kids — President Dwight D. Eisenhower issued an Executive Order creating the President’s Council on Youth Fitness on July 16, 1956.

Among American leaders, the Cold War fostered the idea that the fitness of national defense depended on physically fit Americans.

“In a very real and immediate sense, our growing softness, our increasing lack of physical fitness, is a menace to our society,” President-Elect John F. Kennedy wrote in a piece titled “The Soft American” in the Dec. 26, 1960, issue of Sports Illustrated, calling on Americans to exercise more. “We face in the Soviet Union a powerful and implacable adversary…To meet the challenge of this enemy will require determination and will and effort on the part of all Americans. Only if our citizens are physically fit will they be fully capable of such an effort.”

This push for fitness led to an expansion of the President’s Council on Youth Fitness and calls for the formation of a White House committee on the topic under the Department of Health, Education and Welfare, and an annual Youth Fitness Congress for state governors. The Kennedy Administration also mailed schools a record of “Chicken Fat,” a six-minute song composed by The Music Man composer Meredith Willson and performed by Robert Preston. Students in physical education classes did sit ups and pushups to the chorus “Go, you chicken fat, go away! / Go, you chicken fat, go!” A shorter version was mailed to television and radio stations.

Some entrepreneurs and trainers played a key role in the rising exercise culture. The chain Vic Tanny’s Gyms is credited with popularizing health clubs and the idea of annual memberships to a gym in the ’50s and early ’60s. TIME called Vic Tanny’s the “biggest chain of sweatshops in the U.S.” by 1961, and joked that Tanny’s “sell is every bit as hard as his muscles.”

“He was a cold warrior. In the spirit of JFK, he saw starting these gyms as crucial for cultivating citizenry to fight the Cold War,” says Petrzela.

Meanwhile, telephone-operator-turned-female-bodybuilder Abbye “Pudgy” Stockton popularized weight-lifting for women in the 1930s and 1940s at Santa Monica’s” Muscle Beach.” In one famous stunt, she lifted a 100-pound barbell above her head while standing on her husband’s hands. She opened a gym for women on Sunset Boulevard and wrote a monthly column “Barbelles” in Strength and Health magazine. “In those days, lifting weights was considered unfeminine,” Stockton told Sports Illustrated Women in 2002. “People used to say that if women worked out, they would become masculine-looking or wouldn’t be able to get pregnant. We just laughed because we knew they were wrong.”

As notions of what women’s professionally capabilities expanded, so too did notions of their athletic capabilities. In fact, the growth of the women’s movement was closely related to the expansion of women’s workouts. For example, the founder of Jazzercise, Judi Sheppard Missett, credited the 1974 Equal Credit Opportunity Act with the success of her business, on the idea that when women didn’t need a man to sign off on their credit-card applications anymore, it became easier for them to go out and sign up for exercise classes. Jazzercise helped pave the way for today’s boutique fitness studios, and in the same era jogging also became popular among both men and women.

“Changing ideas of women’s bodies, and what they’re capable of, pick up speed in the ’60s and ’70s, and make exercise a more accepted and celebrated pursuit — going to the gym as a New Year’s Resolution being part of that,” says Petrzela.

At the same time, the ’80s and ’90s saw the expansion of a conversation about diet and fitness that continues today.

However, while the rise of exercise culture has led to fitness-focused New Year’s resolutions, that doesn’t mean exercise is actually a widespread hobby. “Only 1 in 4 U.S. adults and 1 in 5 high school students meet the recommended physical activity guidelines,” according to the CDC. Expensive boutique fitness studios are growing, but they are out of reach for the Americans who need to exercise the most, and investments in public parks and lower-cost exercise facilities are declining. Not to mention, research suggests most people give on their New Year’s resolutions by June.

But the relentless optimism exhibited each year in setting fitness resolutions may reflect an American ideal. Petrzela argues that a New Year’s resolution to get in shape “reflects a deeply held American belief in the individual ability to be self-made,” she says. “What is a more concrete way to be self-made and to show it than to remake your body? There are a lot of modes of self improvement, but the gym makes that commitment very visible.” 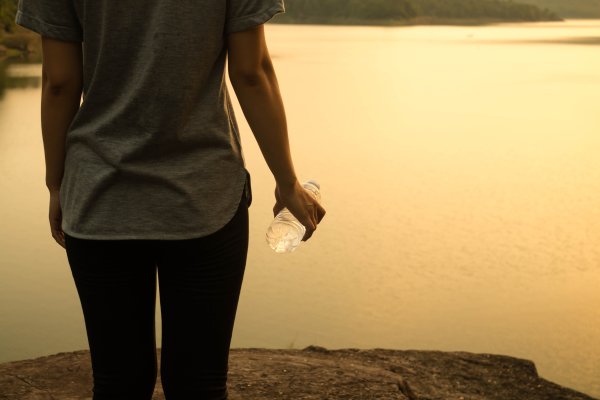