Eras end fast at NASA: The moment Apollo 17 splashed down in the Pacific Ocean on December 19, 1972, America’s initial lunar ambitions came to an end. The moment the shuttle Atlantis rolled to a stop at the Kennedy Space Center in Florida on July 21, 2011, that was the close of a program that had seen 135 shuttles fly.

Starting a new era, on the other hand, can take a little more time. That hard truth was evident this morning at 6:36 AM local time, when an Atlas V rocket carrying the Boeing Starliner spacecraft successfully blasted off from the Kennedy Space Center’s Launch Complex 41. Less than half an hour later, it reached orbit, where it would prepare for a rendezvous with the International Space Station (ISS), and a one week-stay, after which it would return to Earth for a parachute-assisted thump-down in White Sands, New Mexico. It was to be the Starliner’s final uncrewed flight before a team of astronauts makes the maiden voyage aboard the spacecraft sometime in the first half of 2020. But while the spacecraft remains in a “stable orbit,” Boeing and NASA have since confirmed its orbital insertion was “off-nominal,” making a rendezvous with the ISS impossible.

With these efforts ongoing, a new age of American crews launching in American spacecraft from American soil is potentially in the balance. At a hastily assembled press conference less than three hours after the launch, NASA Administrator Jim Bridenstine, along with other NASA brass, Boeing officials, and astronauts Mike Fincke and Nicole Mann—both of whom are slated to fly the Starliner—offered an impressively candid explanation for the causes of the problem, even if they were causes that seemed almost comically avoidable.

For one thing, the spacecraft was operating on the wrong mission clock at the time it reached space, meaning it thought it was at a different altitude, burned too much fuel too soon and settled into a too-low orbit. It does not now have enough fuel left to climb to the space station’s 250-mile high orbit.

“The timing was off, and what ended up happening was that the spacecraft tried to maintain a lot of control and it burned a lot of propellant,” says Bridenstine. “It does look like we would not be able to get to the ISS.”

While controllers on the ground were monitoring all of the developments, at the moment of the anomaly, the spacecraft happened to be in a blackout area between two Tracking and Data Relay Satellites (TDRS)—a little like a dead spot between cell towers—meaning human intervention was not possible.

The mission began with a lot of hope and a bit of playfulness. The closest thing to a human passenger on-board was an anthropomorphic dummy named Rosie—after the iconic Rosie the Riveter character from the World War II posters, who encouraged women to enter the workforce while the men fought the war. The Starliner’s Rosie was outfitted with the signature red bandana the original Rosie wore in the posters and, more importantly, with biometric sensors to test how the g-loads, vibrations and other stressors of launch will affect real astronauts.The Starliner was also carrying 272 kg (600 lbs) of equipment, food, clothing and holiday gifts for the crew.

The failure of so many mission objectives does not, in truth, mean the overall mission is a failure, and Bridenstine was not just spinning—or at least not spinning much—when he made that point. “A lot of things did go right today,” he said. “And it could very will be that had we had Nicole and Mike in the spacecraft, they would have been safe and we may be docking with ISS tomorrow.”

Indeed, it’s all but certain they’d have been safe since there was nothing life-threatening about the Starliner’s poorly positioned insertion. What’s more, as the long history of crewed space flight has proven, when automatic systems go wrong, experienced pilots can quickly step in and set them right.

This Starliner still has important work ahead of it. Rather than its planned week in space, it will instead be returning to Earth in two days, raising its orbit a bit to position it for a proper reentry and touching down in White Sands on December 22. That will serve as a full-up test of the reentry, landing and recovery systems that will be necessary for crewed flights.

The question for now is whether the current problem is understandable and correctable enough to allow a crew to fly on the very next Starliner launch. There is some historic precedent for that. In April 1968, an experimental Saturn V rocket had such a disastrous test flight that it almost shook itself to pieces on the way up to orbit. Engineers quickly sussed out the problem, made the necessary fixes, and the very next Saturn V to fly carried the Apollo 8 crew to the moon eight months later.

Bridenstine isn’t saying whether that kind of quick turnaround will be possible with Starliner or whether at least one more uncrewed flight will be needed. “It’s just too early to know if we’ll need another uncrewed test flight,” he said. “When we do make that assessment, we will communicate it.”

Fincke, whose life will one day depend on the Starliner flying true, echoed Bridenstine’s wait-and-see answer. But he also seemed little troubled by today’s development. Citing a character the brilliant Gilda Radner used to play on Saturday Night Live, he said: “It’s like Roseanne Roseannadanna used to say: ‘It’s always something.'” 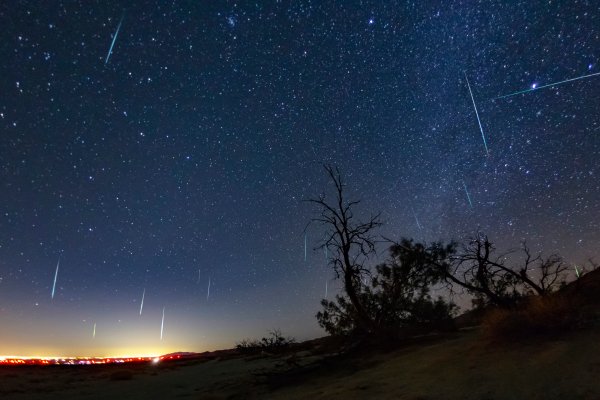 How to See the Geminid Meteor Shower This Weekend
Next Up: Editor's Pick