TLC’s juggernaut reality show franchise 90 Day Fiancé follows couples who have applied for K-1 visas, the process by which American citizens petition to move their foreign fiancés to the United States. The show follows the real U.S. K-1 visa process: once the non-American fiancé touches down in the U.S, the couple has 90 days to get married before the visa expires and the visiting partner has to return home.

Obviously the stakes get high — marriage and immigration status are on the line — and the show documents how couples navigate the process and decide whether or not they actually want to get married. The stakes get even higher when considering it’s reality TV; after all, nobody wants to watch 90 days of polite conversation.

The series has since added five spin-ff shows, including 90 Day Fiancé: Before the 90 Days, which follows couple who have met online and haven’t yet met in person or started the visa process. The show follows them meeting for the first time as they gauge their compatibility.

In the fourth season of 90 Day Fiancé: Before the 90 Days, premiering in February 2020, the show will include its first same sex couple. “I’m in love with somebody from across the world, and that somebody is a girl,” Stephanie, a 29-year-old from New York, says in a preview of the new season.

“We’ve been actively searching for a same-sex couple since the series began, but for various reasons — from visa delays to scheduling conflicts, to cold feet — it just hadn’t worked out yet, until now. We are so excited to have found Stephanie and Erika and welcome them to our 90 Day family,” TLC President and General Manager Howard Lee says in a statement to TIME.

Per TLC, Stephanie is a social media influencer who has fallen for Erika, 24-year-old female Australian photographer. Although she has not told parents that she’s dating a woman, Stephanie — who has a bone-marrow disorder that makes travel dangerous — wants to travel to Australia to meet Erika in person. Nobody said true love was easy, after all.

“We’re beyond proud of our 90 Day Fiancé franchise for so many reasons, but especially for the way it helps our viewers learn about different cultures, customs and ideas on marriage and relationship,” Lee’s statement continues. “Across the franchise so far, we’ve visited 20 different countries. And each time we cast a new season, we look at all the hopeful couples and try to have the most diverse group possible. That’s so important to us as a network.” 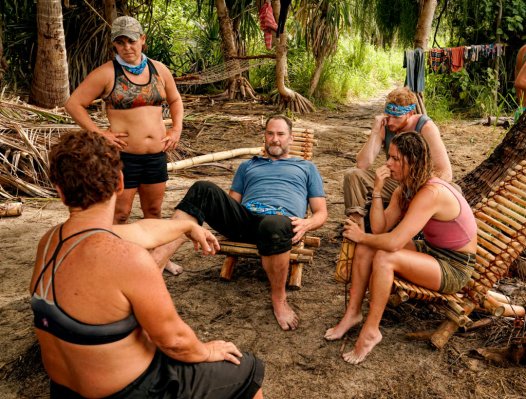