How Methamphetamine Became a Key Part of Nazi Military Strategy

In The Art of War, Sun Tzu wrote that speed is “the essence of war.” While he of course did not have amphetamines in mind, he would no doubt have been impressed by their powerful war-facilitating psychoactive effects. Amphetamines—often called “pep pills,” “go pills,” “uppers” or “speed”—are a group of synthetic drugs that stimulate the central nervous system, reducing fatigue and appetite and increasing wakefulness and a sense of well-being. The quintessential drug of the modern industrial age, amphetamines arrived relatively late in the history of mind-altering substances—commercialized just in time for mass consumption during World War II by the leading industrial powers. That war was not only the most destructive war in human history but also the most pharmacologically enhanced. It was literally sped up by speed.

Few drugs have received a bigger stimulus from war. As Lester Grinspoon and Peter Hedblom wrote in their classic 1975 study The Speed Culture, “World War II probably gave the greatest impetus to date to legal medically authorized as well as illicit black market abuse of these pills on a worldwide scale.”

Japanese, American and British forces consumed large amounts of amphetamines, but the Germans were the most enthusiastic early adopters, pioneering pill-popping on the battlefield during the initial phases of the war.

Nazi ideology was fundamentalist in its antidrug stance. Social use of drugs was considered both a sign of personal weakness and a symbol of the country’s moral decay in the wake of a traumatic and humiliating defeat in World War I.

But as Norman Ohler shows in Blitzed: Drugs in Nazi Germany, methamphetamine was the privileged exception. While other drugs were banned or discouraged, methamphetamine was touted as a miracle product when it appeared on the market in the late 1930s. Indeed, the little pill was the perfect Nazi drug: “Germany, awake!” the Nazis had commanded. Energizing and confidence boosting, methamphetamine played into the Third Reich’s obsession with physical and mental superiority. In sharp contrast to drugs such as heroin or alcohol, methamphetamines were not about escapist pleasure. Rather, they were taken for hyper-alertness and vigilance. Aryans, who were the embodiment of human perfection in Nazi ideology, could now even aspire to be superhuman—and such superhumans could be turned into supersoldiers. “We don’t need weak people,” Hitler declared, “we want only the strong!” Weak people took drugs such as opium to escape; strong people took methamphetamine to feel even stronger.

The German chemist Friedrich Hauschild had been aware of the American amphetamine Benzedrine ever since the drug has been used as a doping product in the Olympic Games in Berlin in 1936. The following year he managed to synthesize methamphetamine, a close cousin of amphetamine, while working for Temmler-Werke, a Berlin-based pharmaceutical company. Temmler-Werke began selling methamphetamine under the brand name Pervitin in the winter of 1937. Partly thanks to the company’s aggressive advertising campaign, Pervitin became well known within a few months. The tablets were wildly popular and could be purchased without a prescription in pharmacies. One could even buy boxed chocolates spiked with methamphetamine. But the drug’s most important use was yet to come.

Dr. Otto F. Ranke, director of the Research Institute of Defense Physiology, had high hopes that Pervitin would prove advantageous on the battlefield. His goal was to defeat the enemy with chemically enhanced soldiers, soldiers who could give Germany a military edge by fighting harder and longer than their opponents. After testing the drug on a group of medical officers, Ranke believed the Pervitin would be “an excellent substance for rousing a weary squad…We may grasp what far-reaching military significance it would have if we managed to remove the natural tiredness using medical methods.”

Ranke himself was a daily user, as detailed in his wartime medical diary and letters: “With Pervitin you can go on working for 36 to 50 hours without feeling any noticeable fatigue.” This allowed Ranke to work days at a time with no sleep. And his correspondence indicated that a growing number of officers were doing the same thing—popping pills to manage the demands of their jobs.

Wehrmacht medical officers administered Pervitin to soldiers of the Third Tank Division during the occupation of Czecholslovakia in 1938. But the invasion of Poland in September 1939 served as the first real military test of the drug in the field. Germany overran its eastern neighbor by October, with 100,000 Polish soldiers killed in the attack. The invasion introduced a new form of industrialized warfare, Blitzkrieg. This “lightning war” emphasized speed and surprise, catching the enemy off guard by the unprecedented quickness of the mechanized attack and advance. The weak link in the Blitzkrieg strategy was the soldiers, who were humans rather than machines and as such suffered from fatigue. They required regular rest and sleep, which, of course, slowed down the military advance. That is where Pervitin came in—part of the speed of the Blitzkrieg literally came from speed. As medical historian Peter Steinkamp puts it, “Blitzkrieg was guided by methamphetamine. If not to say that Blitzkrieg was founded on methamphetamine.”

In late 1939 and early 1940, Leo Conti, the “Reich Health Führer,” and others sounded the alarm bells about the risk of Pervitin, resulting in the drug being made available by prescription only. But these warnings largely fell on deaf ears, and the new regulations were widely ignored. Use of the drug continued to grow. At the Temmler-Werke factory, production revved into overdrive, pressing as many as 833,000 tablets per day. Between April and July 1940, German servicemen received more than 35 million methamphetamine tablets. The drug was even dispensed to pilots and tank crews in the form of chocolate bars known as Fliegerschokolade (flyer’s chocolate) and Panzerschokolade (tanker’s chocolate).

Armies had long consumed various psychoactive substances, but this was the first large-scale use of a synthetic performance-enhancing drug. Historian Shelby Stanton comments: “They dispensed it to the line troops. Ninety percent of their army had to march on foot, day and night. It was more important for them to keep punching during the Blitzkrieg than to get a good night’s sleep. The whole damn army was hopped up. It was one of the secrets of Blitzkrieg.”

The Blitzkreig depended on speed, relentlessly pushing ahead with tank troops, day and night. In April 1940, it quickly led to the fall of Denmark and Norway. The next month, the troops moved on to Holland, Belgium, and finally France. German tanks covered 240 miles of challenging terrain, including the Ardennes Forest, in 11 days, bypassing the entrenched British and French forced who had mistakenly assumed the Ardennes was impassable. Paratroopers sometimes landed ahead of the advance, causing chaos behind enemy lines; the British press described these soldiers as “heavily drugged, fearless and berserk.”

General Heinz Guderian, an expert in tank warfare and leader of the invasion, gave the order to speed ahead to the French border: “I demand that you go sleepless for at least three nights if that should be necessary.” When they crossed into France, French reinforcements had yet to arrive, and their defenses were overwhelmed by the German attack.

“I was dumbfounded,” Churchill wrote in his memoirs. “I had never expected to have to face…the overrunning of the whole communications and countryside by an irresistible incursion of armoured vehicles…I admit it was one of the greatest surprises I have had in my life.” The speed of the attack was jaw-dropping. High on Pervitin, German tank and artillery drivers covered ground night and day, almost without stopping. Foreign commanders and civilians alike were caught entirely off guard.

Some users reported negative side effects of the drug. During the French invasion, these included a lieutenant colonel with the Panzer Ersatz Division I, who experienced heart pains after taking Pervitin four times daily for as many weeks; the commander of the Twelfth Tank Division, who rushed to a military hospital due to the heart attacked he suffered an hour after taking one pill; and several officers who suffered heart attacks while off duty after taking Pervitin.

Amid growing worries about the addictive potential and negative side effects of overusing the drug, the German military began to cut back on allocations of methamphetamines by the end of 1940. Consumption declined sharply in 1941 and 1942, when the medical establishment formally acknowledged that amphetamines were addictive.

Nevertheless, the drug continued to be dispensed on both the western and eastern fronts. Temmler-Wenke, the maker of the drug, remained as profitable as ever, despite rising awareness of the negative health effects. 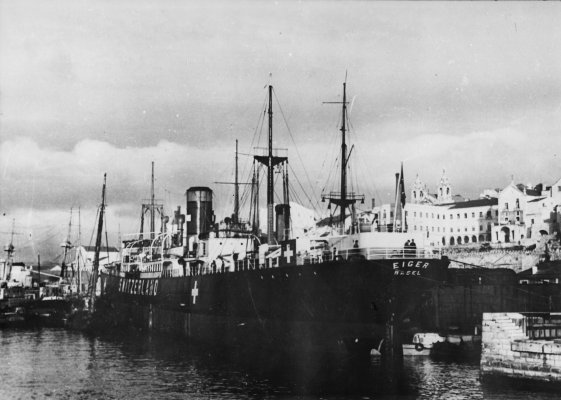 Why the U.S. Sent Librarians Undercover to Gather Intelligence During World War II
Next Up: Editor's Pick