Hong Kong’s famed New Year’s Eve fireworks show has been canceled by officials who cited public safety concerns. It is the latest major event in the territory to be halted amid six months of protests.

Hong Kong’s tourism board confirmed Wednesday that the showpiece event had been called off, making this the first time the display has been canceled since it began in 2007, a spokesperson of the department said. The board added that a laser light show along the skyline would be held instead.

“Public safety is our top priority as the fireworks can attract huge crowds gathering around the harbor,” chairman of the tourism board Pang Yiu-kai said, according to South China Morning Post.

This is the second time a fireworks display has been canceled over protest fears. In October, fireworks meant to mark the 70th anniversary of the People’s Republic of China were also called off.

Since Hong Kong’s time zone is hours ahead of cities in the west, its pyrotechnic display against the backdrop of the territory’s skyline is often featured in highlight montages of New Year’s fireworks displays around the world.

Last year’s show attracted more than 300,000 revelers who gathered along both sides of the Victoria Harbor, which stretches along the city’s busiest commercial and tourist districts.

The countdown display is just one of more than a dozen events in the territory that have been canceled due to the ongoing protests. The city’s largest music festival Clockenflap, a major trailwalking race, the Hong Kong Tennis Open and several concerts are but a few of the events that have been called off.

The anti-government protests, initially a response to a controversial extradition bill, have roiled the territory since June. The city has recorded its first recession in a decade and the tourism sector has been hit hard as a result. Tourist figures fell by close to 60% in the month of November, local media reports. 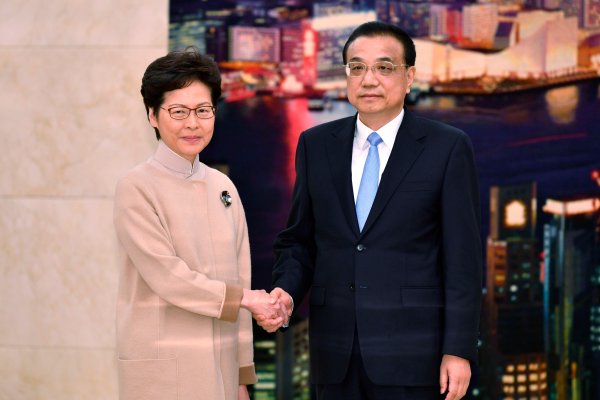