How Speaker Nancy Pelosi Could Still Save Impeachment

Ideas
By Philip Bobbitt
Bobbitt is professor of law at Columbia University and lecturer at the University of Texas.

The majority leader Mitch McConnell’s statement that there is no possibility that the Senate will convict President Trump and remove him from office can be understood in a number of ways. Most charitably, it reflects Senator McConnell’s candid assessment of the facts assembled by the various House committees that would support Trump’s impeachment. (On Saturday, McConnell’s colleague Senator Lindsay Graham was quoted as saying that, “I have made up my mind. I’m not trying to pretend to be a fair juror here. What I see coming, happening today is just a partisan nonsense.”)

If McConnell’s judgment is accurate—and there is no reason to doubt Senator McConnell’s abilities as a caucus leader and shrewd counter of votes—the Speaker of the House Nancy Pelosi should immediately suspend the impeachment process in the House and hold it in abeyance until more significant witnesses come forward. I have in mind those witnesses who can testify first-hand as to the president’s intentions and actions, for example, Secretary of State Mike Pompeo, former national security adviser John Bolton, former secretary of Energy Rick Perry, Chief of staff Mick Mulvaney and former chief of staff John Kelly, former White House counsel Don McGahn and the president’s personal lawyer, Rudy Giuliani.

If they come forward voluntarily, without being subpoenaed, the process of impeachment can re-start; if subpoenaed, they refuse to testify, the federal courts should be enlisted to enforce the subpoenas. That Congress has the power to enforce its subpoenas is clear. Even if the district court were to slow-ball the proceedings, there is good reason to believe that the D.C. Circuit Court would entertain an expedited appeal. If the President thinks the conservative majority of the U.S. Supreme Court will protect him and overrule U.S. v. Nixon’s recognition of a sharply qualified privilege of executive immunity, he has been sadly misinformed. The constitutional investigative powers of the House are at their zenith in an impeachment inquiry following the adoption of a bill authorizing such investigations like the one passed in November, and thus its chances of success in the courts are also at their highest.

Waiting for these testimonies is the only realistic way to achieve a greater consensus among the public.

Trump’s Republican defenders have claimed that the process is too rushed, and that the witnesses are too remote from the president and have political biases against him. Without conceding that these claims are true, the Speaker should bend every effort to persuade the American public that such objections are not dispositive. The most powerful way to do that is to re-open testimony once figures who have served as the president’s closest counselors and representatives have given testimony, under oath.

Of course the president, who has frequently asserted that he would like to move matters even faster, could ease this process by permitting those officials and former officials he has directed not to testify, to appear. Either way, by judicial enforcement or executive cooperation, a re-opening of the hearings is the only way the process can go forward in light of Senator McConnell’s public statements that the Senate has already made up its mind.

A final note: I am aware that there are complex political currents roiling the waters around impeachment: some vulnerable members of Congress want the proceedings to go away as soon as possible; some opponents of the president are wary of inciting his political base through further hearings; some candidates for the Democratic nomination must want to get back to their programs for improving healthcare, adjusting tax burdens, and the like. And I am sorely aware that I am no politician. But I am not insensitive to the deep divisions in our society today and the sense that to go ahead now forfeits one opportunity to address those divisions by agreeing to some of the demands of the president’s defenders. In the long run, demonstrating the truth must be the best politics in a democracy. 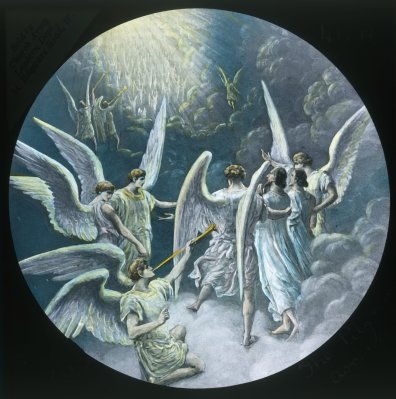 The New Testament Doesn’t Say What Most People Think It Does About Heaven
Next Up: Editor's Pick