The city of New Orleans declared a state of emergency after an attempted cyber attack on Friday, officials announced on Twitter Friday evening.

Mayor LaToya Cantrell said that ransomware was detected, but the city has not received any ransom demands, per the Associated Press.

At a press conference on Friday, New Orleans Chief Information Officer Kim LaGrue said that no city employees reported giving out any passwords or any other sensitive information.

LaGrue explained her department began to detect suspicious activity on their network at about 5 a.m. on Friday, and they began investigating computers on their network. They saw the activity pickup throughout the morning, and by 11 a.m. the city had fully activated their emergency operations center.

City employees were told to power down computers, unplug devices from the wall, and took down all servers as precaution. The Nola.gov website also went down.

“We have a unified command, we’re here with not only our local partners, but our state and federal partners as well, which includes our national guard, Louisiana state police, FBI, the state fusion center and secret service,” Mayor LaToya Cantrell said at the press conference.

The Department of Safety & Permits will manually schedule investigations while servers are down, the city announced Friday.

The city of New Orleans is uniquely trained to operate when servers are down due to its preparedness for hurricane season, New Orlean’s Homeland Security Director, Collin Arnold, explained. Police operations are continuing business as usual, but reports are just being filed manually. The city’s 911 system was not affected.

Multiple Louisiana city governments and schools have faced similar cyber attacks within the past year, per the Times-Picayune. 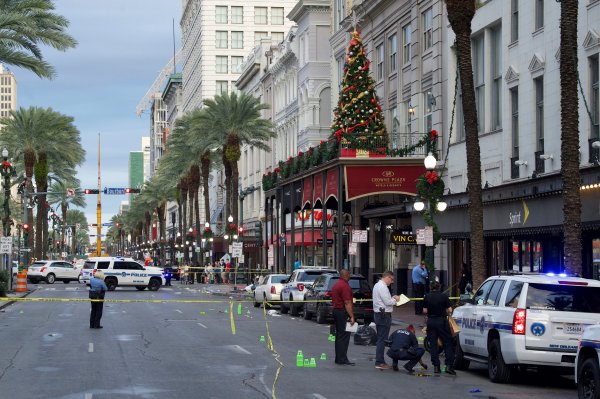 11 Injured in New Orleans Shooting
Next Up: Editor's Pick