Myth or Fact? Sex Trafficking and Other Super Bowl Legends

The Vince Lombardi trophy and Seattle Seahawks and Denver Broncos helmets at a press conference in advance of the Super Bowl in New York City, Jan. 31, 2014.
Carlo Allegri—Reuters
By Eliana Dockterman

Urban legends about the Super Bowl range from the horrifying (sex trafficking increases in the run up to the big game) to the inane (cities’ water systems breaking down during halftime because of simultaneous bathroom breaks).

Here, TIME debunks the myths and verifies the legends before Super Bowl XLVIII.

1. The Super Bowl is the biggest sex trafficking event in the U.S.

Cindy McCain (whose home state of Arizona is set to host the Super Bowl next year), has called the sporting event “the largest human-trafficking venue on the planet,” according to the Washington Post. New Jersey has been preparing a crime crackdown for months. “When you’re about ready to have 400,000 men come to this area of the country, you’re invariably going to have more people try to take advantage of that by providing prostitutes and prostitution,” New Jersey’s Bergen County Prosecutor John Molinelli told the Associated Press. According to New York officials nearly 200 arrests have already been made leading up to Sunday’s game, and authorities said Thursday that they busted a prostitution ring offering Super Bowl “party packs” of cocaine and prostitutes.

Though international sporting events like the World Cup and the Olympics are notorious for sex trafficking issues, it’s hard to determine how many sex crimes actually occur during Super Bowl week. “We didn’t see a huge influx in prostitutes coming into Tampa,” a Tampa police spokeswoman told the Houston Press after the Super Bowl there in 2009. “The arrests were not a lot higher. They were almost the same.” And a 2011 report from the Global Alliance Against Traffic in Women didn’t find a link between sporting events and increases in human trafficking.

But a report from the National Center for Missing and Exploited Children, recently touted by New Jersey Rep. Chris Smith, among other politicians, claims that 100,000 women were trafficked during the Super Bowl in Miami. And as Melanie Gorelick, who facilitates the New Jersey Coalition Against Human Trafficking says, “Sex trafficking is a silent crime. Fewer arrests could indicate the police force doing the right thing by deterring the crime.” Though statistics are hard to collect on the topic, a representative from Smith’s office says that, “anecdotally, we know this is happening.”

2. Water systems are in danger of collapsing

Some worry that our sewage systems are at risk of collapse during the Super Bowl because of so many simultaneous toilet flushings at halftime. A Salt Lake City water main did burst open during the middle of the Super Bowl in 1984, but there’s no evidence that it was linked to halftime bathroom breaks. Toilet use did spike 13 percent in New York City in the moments after the game ended last year, according to the Department of Environmental Protection. But even with that uptick, there’s little need to worry that our sewage system will break down.

3. You can predict how the stock market will behave on Monday based on who wins Super Bowl Sunday

Since the first Super Bowl in 1967, the Super Bowl Stock Market Predictor has been shockingly accurate. The theory: When a team from the original National Football League wins the championships, stocks rise; when a team from the now-defunct American Football league wins, stocks fall (the two leagues merged in 1971). As of 2010, the overall prediction accuracy of the Super Bowl Stock Market Predictor was 81 percent, according to the Wall Street Journal. This year, if the Seattle Seahawks win, it will, theoretically, be a bull market (since post-merger expansion teams count for the conference they’re in), and if the Denver Broncos win it will be a bear market.

The only evidence to support this claim, originally raised by the watchdog group Fairness and Accuracy in Reporting, is anecdotal. But experts agree that it’s most likely a myth. “The Super Bowl does not cause domestic violence, and it doesn’t increase domestic violence, but it does increase the public’s awareness of the issue, which will help victims learn about help and resources,” Cindy Southworth, vice president of development and innovation at the National Network to End Domestic Violence, told U.S. News.

In fact, the assumption that domestic violence spikes on Super Bowl Sunday betrays an inherent misunderstanding of what domestic violence is. “It’s not an explosion, and it’s not out-of-control anger,” says Southworth. “Instead, it’s a patter of power and control.” Victims of abuse face the greatest risk “when they try to break away from a controlling partner, and that can happen any day of the year.”

5. Super Bowl Sunday holds the record for most pizzas delivered in a single day

6. The year’s biggest “sick day” is Monday after the game

Given the amount of beer consumed on Super Bowl Sunday, it’s reasonable to think that many people would call in sick Monday to nurse their hangovers. An extra 1.5 million Americans call in “sick” that day, according to a survey published by the Workforce Institute at Kronos Inc. But according to a survey by Careerbuilder.com, the most common time for employee absenteeism is around Christmas and New Year’s. 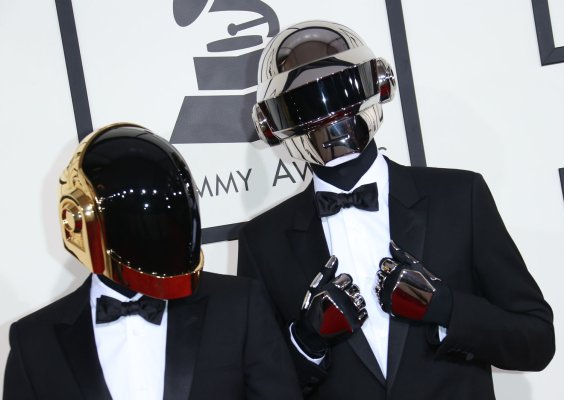 The World Probably Got Daft Punk'd at the 2014 Grammys
Next Up: Editor's Pick