Why Donald Trump Could Still Resign

Resignation has always been a small-odds proposition for this egocentric President, but today the stars are more aligned for that result than ever before.

Like in the Nixon case, the primer to the resignation bullet is in the hands of the Supreme Court. In Nixon, the President’s lawyers defended against a subpoena for Oval Office tapes on the grounds of executive privilege. They argued that a President was “absolutely immune” from judicial process with respect to his conduct while in office. The Court unanimously rejected that argument and ordered him to turn over the subpoenaed material, which contained conclusive evidence of both the President’s criminal complicity in the cover-up to the Watergate burglary and his obstruction of justice in seeking to thwart the FBI investigation. Nixon resigned 16 days after publication of the Supreme Court decision.

Now Trump faces similar circumstances in not one but three cases. In one, the Second Circuit has directed his accounting firm to turn over Trump tax returns to Cyrus Vance, the Manhattan District Attorney. In the second case, the D.C. Circuit has directed the accounting firm to give Congress a broader set of Trump tax returns and financial documents. In the third case, the Second Circuit has directed Deutsche Bank to give Congress years of Trump bank records that include some tax returns, but not the President’s. In all three cases, which Trump’s lawyers have appealed to the Supreme Court, the subpoenaed documents relate exclusively to pre-presidential activity.

While Trump lawyers have raised a blizzard of objections to the subpoenas, the President has nevertheless asserted as his core argument that he is absolutely immune from responding to subpoenas because of his absolute power to assert executive privilege, even as to his conduct prior to election.

The claim is frivolous, and interposed solely for delay. The question is, will the Supreme Court tolerate the maneuver? If they do, it’s a bad sign for judicial independence in our democracy.

The issue has been put on hold until December 13, when the Justices are expected to confer on the Trump petitions for review of these three circuit court decisions. Unless they punt and put the conference over to another date, they have three basic options:

1. Deny review, which would result in the accounting firm and the bank turning over the tax returns and related material immediately.

2. Grant review, while ordering expedited calendaring and decision. (In Nixon, the district court ordered compliance with the subpoena on May 31, the Supreme Court held a special session to hear argument on July 8, and issued its unanimous decision on July 24.)

3. Grant review, put the cases on its calendar in the ordinary course, which may yield a decision as late as June 2020.

Were the Supreme Court to reject Trump’s petition to review the Circuit Court’s affirmance of the Vance subpoena and prosecutors were to believe there was evidence of wrongdoing, a criminal indictment of the Trump Organization and its key officers, setting out in copious detail allegations of taxpayer fraud and related business crimes, could dominate the headlines during the 2020 election cycle. This would be true whether Trump is a defendant or an unindicted co-conspirator. A published Congressional Committee report to the same effect would have the same catastrophic result for the President and his family. While the President’s supporters have stuck with him through thick and thin, I suggest it is more than likely that a significant chunk of the blue-collar-worker segment of the Trump base — the men and women who pay taxes on their hard-earned dollars — would take justifiable offense if this rich guy were credibly accused of getting a free ride on the backs of their labor.

If the Court took the case and held an accelerated hearing that resulted in disclosure of the documents no later than February or March of 2020, the result likely would be the same.

In either event, if the documents revealed that the Trump clan had cheated honest taxpayers, the public outcry might well move the family to seek a deal.

Both prior Article II resignations successfully saved their subjects from post-resignation incarceration: Vice President Spiro Agnew, whom I represented, via an agreement with the prosecution, and President Nixon via a pardon by his successor. To avoid both federal and state indictment, Trump would likely need both the agreement and the pardon.

But he might decide that it’s worth it for him to go this route. After all, even after Trump were to make a deal to avoid prison, he could still repeat the Nixonian mantra: the prosecution is a witch hunt. He can even tweet, “I am not a crook.”

The original version of this story misstated which part of the judicial process Spiro Agnew’s resignation saved him from. As part of his deal, he pleaded nolo contendere to a tax indictment, which saved him from post-resignation incarceration. It did not save him from indictment. 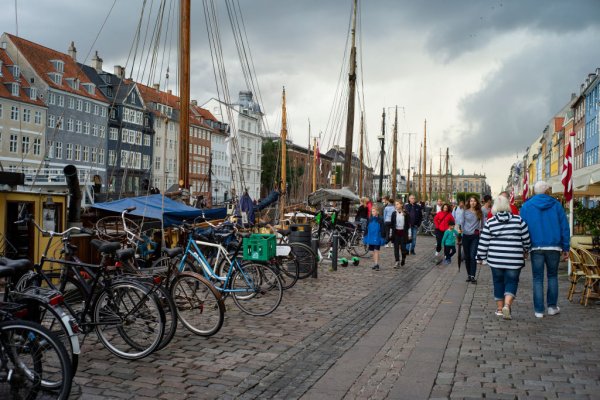 I Led One of the Happiest Countries in the World. Here's What Other Democracies Could Learn From Our Model
Next Up: Editor's Pick