Juice WRLD, the rapper and singer who rose from the unruly Soundcloud world to the top of the Billboard charts, died on Sunday, the Cook County Medical Examiner’s Office confirmed. He was 21.

“Shortly after arriving to Chicago, he suffered what appears to be some type of medical emergency according to people traveling with him,” Anthony Guglielmi, the Chief Communications Officer of the Chicago Police Department (CPD), told TIME in an email. “There were no signs of foul play and all individuals aboard the aircraft are cooperating with CPD and have given all of their information.”

The Cook County Medical Examiner’s Office told TIME an autopsy had not yet been performed, and they could not yet determine the cause of death.

The musician, born Jarad A. Higgins in Chicago, was equally adept at singing and rapping; his mournful ballad “Lucid Dreams” reached number two on the Billboard Hot 100 and he could freestyle for hours on end. He often sang about addiction and depression in his music, including on the 2018 “Legends,” in which he mourned the loss of fellow rising rap stars Lil Peep and XXXTentacion.

Juice WRLD began making music and posting songs online in high school in 2015. Two years later, he joined the online hip-hop collective Internet Money and amassed a growing fanbase on Soundcloud for his unique melding of angsty pop-punk hooks with hip-hop wordplay and bravado. After the success of his song “All Girls Are the Same,” he signed a multimillion dollar deal with Interscope Records in 2018.

Several months later, “Lucid Dreams” broke out as one of the year’s surprise hits. Like many of Juice WRLD’s songs, “Lucid Dreams” deals in heartache and anguish; the song reflected larger shifts happening in mainstream hip-hop towards melodicism and introspection. The song is built on a sample from Sting’s “Shape of My Heart” and Sting called it a “beautiful interpretation that is faithful to the original song’s form.” The song has since been streamed 980 million times on Spotify.

Juice WRLD was extremely prolific over the last two years. He released two solo albums: Goodbye & Good Riddance and Death Race for Love, the latter which peaked at number one on the Billboard 200. He also released a collaborative mixtape with the rapper Future, Wrld on Drugs. He went on tour with Nicki Minaj and contributed to the soundtrack of Spider-Man: Into the Spider-Verse. He currently has three songs on the Billboard Hot 100, including “Bandit,” with YoungBoy Never Broke Again, and “Hate Me,” with Ellie Goulding. This week, Spotify announced that he was the fourth most streamed male artist in the U.S. in 2019.

But while Juice WRLD found commercial success, he openly struggled with mental health issues and drug addiction. “Everything’s okay but it’s not really okay / My life’s a death race / I’m numbing my pain with codeine rain / I’m going insane,” he sang on the 2019 song “Maze.” In an April 2019 New York Times interview, he said he was planning on undergoing a detox in Los Angeles. “Every now and then I have concerns,” he told the Times. “But at the end of the day, I’ll be fine. I was put on this earth for a reason.”

An outpouring of tributes from musicians emerged following his death. 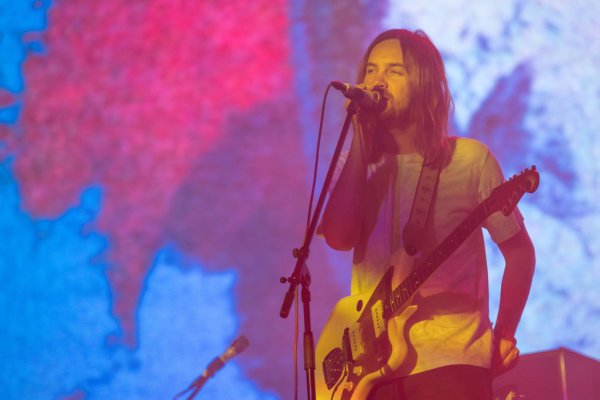 The 5 Best Songs of the Week, from Harry Styles to Tame Impala
Next Up: Editor's Pick