A new study finds that the tools used to screen for the chemical Bisphenol A (BPA) in the human body may be vastly underestimating its prevalence, raising questions about the regulatory decisions made to date about managing this common and toxic industrial compound.

Some 9 million tons of BPA are produced worldwide each year, used in a huge array of consumer products, largely plastics like food packaging and drinking cups. In public health studies of human populations, exposure to BPA has been correlated with increased risk of cardiovascular disease, diabetes, breast and prostate cancer, infertility and birth defects, and delayed or otherwise disrupted puberty. In pregnant women, BPA easily crosses the placenta, potentially damaging fetal growth, and increasing the risk of obesity and cancer. In animal studies, the chemical has been widely established as a toxin that, in high doses, interferes with signaling pathways for hormones like estrogens, androgens and progestins, causing a host of problems.

In 2012, the U.S. Food and Drug Administration (FDA) changed its regulations to no longer allow for BPA to be used in baby bottles in sippy cups. The agency maintains that current levels of exposures in adults is not a health risk. That’s largely due to the fact that, according to the best screening protocol available, the average concentrations of BPA in human urine are so low that they don’t harm most people.

The problem, though, is that that very best screening protocol might be totally inaccurate. Existing studies put the mean concentration of BPA in urine at about 1.2 nanograms per milliliter (ng/ml). According to a study of a new testing method developed by researchers at Washington State University and just published in The Lancet Diabetes and Endocrinology, the number is actually an astounding 51.99 ng/ml, or 44 times greater than previously thought.

“This study raises serious concerns about whether we’ve been careful enough about the safety of this chemical,” said Patricia Hunt, a professor of molecular bioscience at Washington State, and a corresponding author of the paper, in a statement.

Despite how huge the difference, the results are not getting much evident pushback from other researchers in the field. “It honestly blew my mind—not because I don’t believe it, but because it appears to be true,” says Lori Hoepner, assistant professor of environmental and occupational health sciences at SUNY Downstate School of Public Health. “It makes sense and it appears to be a repeatable method that could be tried with other sample populations. It could really blow a lot of things we know about BPA out of the water.”

BPA metabolizes rapidly in the body, turning into chemical byproducts called “metabolites.” That makes it difficult to screen for in blood or urine in its unadulterated state. There is a standard test that can determine exposure levels based on these metabolites, but it’s indirect and complicated.

The method uses an enzyme solution that breaks down two BPA metabolites—BPA glucuronide and BPA sulfate—into pure, or “deconjugated,” BPA. Testing for the amount of that pure BPA can, theoretically, be used to determine overall levels of the chemical in a person’s body. However, if any metabolized BPA is left behind, the test won’t spot it.

Hunt and her colleagues developed a test that can measure the metabolites directly, spotting the BPA even when it is hiding in its chemically altered forms. In the course of their admittedly small study, the Washington State investigators conducted BPA urinalyses using the old and new techniques on a sample group of five adult men and five adult women, as well as on a second group of 29 pregnant women—both because pregnancy changes the way BPA is metabolized, and because any of those changes can directly affect the fetus. It was those tests that revealed the 44-fold BPA lowball estimate produced by the existing snail method.

The findings have serious implications not just for our individual health, but for the government policies to reduce overall BPA exposure. “Because negligible exposure levels have been a cornerstone of regulatory decisions,” the researchers wrote, “the present data raise urgent concerns that risks to human health have also been dramatically underestimated.”

In February 2018, the FDA announced its analysis of the CLARITY-BPA program, a multimillion dollar project designed to establish a gold standard on the chemical’s health risks; the agency maintained that BPA is safe. Many scientists, including some of the CLARITY-BPA researchers themselves, have publicly disagreed with the FDA’s interpretation. If the results of this study are replicated, it could trigger new calls on the FDA to again reconsider BPA’s status. As of writing, the agency has not responded to request for comment.

For now, the best approach for consumers is to get smart about which products contain BPA, which of them are realistically avoidable, and then use alternatives whenever possible. 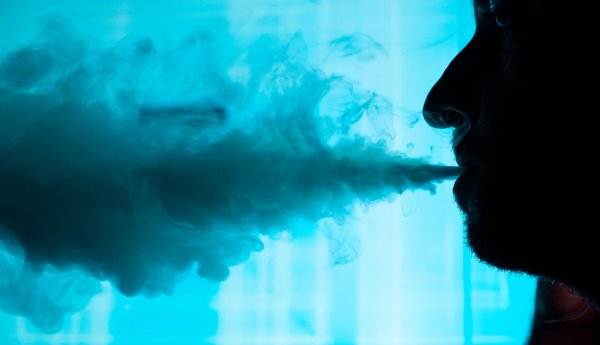 These Brands May Be to Blame for Vaping-Related Illnesses, According to CDC Report
Next Up: Editor's Pick