Johnson has styled himself Minister for the Union of England, Wales, Scotland and Northern Ireland
Joel Goodman—LNP/Shutterstock
Ideas
By Fintan O'Toole
O'Toole is a columnist with the Irish Times and author of The Politics of Pain: Postwar England and the Rise of Nationalism

In July, Prime Minister Boris Johnson gave himself an additional title no predecessor had assumed: Minister for the Union. The union in question is not the European one which Johnson is determined to leave. It is simply his own country, the United Kingdom of Great Britain and Northern Ireland. The title betrays a deep anxiety.

For in breaking one union with Europe, Brexit is endangering another: the centuries-old union of England with Wales, Scotland and (part of) Ireland. Assuming, as the polls predict, that Johnson’s Conservative Party wins the U.K. general election on Dec. 12, he will have to grapple with that contradiction.

Five years ago, it was clear where the danger to the Union was coming from–mainly Scottish and Irish nationalism. Although Scotland voted to remain part of the U.K. in its 2014 plebiscite, the 45% who backed independence made it clear that the cause was now a mainstream proposition. And then there was, as always, the Irish Question. The 1998 peace deal that brought an end to the long civil conflict known as the Troubles acknowledged that the six northeastern counties that make up Northern Ireland can leave the U.K. whenever a majority of its population wishes to do so.

But the most pressing threat to the Union turned out to be not on the fringes but right at the center: a simmering crisis of national identity in England. That became obvious in the Brexit referendum of 2016. Support for leaving the E.U. was primarily an English phenomenon. Though Wales did vote narrowly for Brexit, Scotland and Northern Ireland voted heavily against it. It was the rich southeast of England and the old working class of the midlands and north that drove Leave to victory, the rebirth of Englishness as a political force.

This shift was 20 years in the making, a reaction to two big events at the end of the 20th century. One was the Belfast Agreement of 1998, which made Northern Ireland’s membership in the U.K. an open question. The other was the establishment of the Scottish Parliament in 1999, giving Scots considerable powers over their own affairs. In hindsight, it was perhaps inevitable that many in England would start to ask the awkward question: What about us?

Why did they not ask that question before? Englishness, after all, is a very old political identity. The truth is that for most south of Hadrian’s Wall and east of Offa’s Dyke, “England” and “Britain” were synonyms. To them, the U.K. was England with a few funny bits attached. They did not have to consider how England fit into the larger multinational structure of the U.K. because they could take it for granted that they dominated it.

This complacency was a mark of the extraordinary success of the Union. It is not a natural entity but constructed piecemeal over a very long time. Wales–a country with its own language, traditions and institutions–was incorporated into the English realm in 1536. The United Kingdom of Great Britain was established in 1707 when Scotland joined England and Wales. Ireland was added in 1801, but most of it left in 1922. Given this rather rickety construction, the big question is perhaps not why the Union is troubled but why it has held together so long.

The U.K. worked mostly because of four great binding forces: religion, the industrial revolution, empire and war. The idea of the U.K. as a haven of Protestantism on a continent dominated by hostile Catholic powers was powerfully unifying. The industrial revolution created a common way of life in its cities and towns. Empire allowed the Irish, Welsh and Scots to share its spoils and the prestige it conferred. And war bound people together as comrades. But each of these four forces is now essentially gone. Britain is outstandingly irreligious: little more than one third of the population are Protestant, and half say they have no religion at all. It is no longer an industrial economy: 81% of its output is based on services, not goods. The Empire is gone. And the bitter divisions over the Iraq war in 2003 shattered the belief that military triumphs bind the four nations together.

What could replace these crumbling pillars of the Union? One strategy was to try to appease the minority nationalisms by giving the Celtic nations their own parliaments. This worked up to a point but, especially in Scotland, the existence of a devolved parliament has actually led to a distinctive political culture. The other big idea was to rebrand the Union as Cool Britannia, an open, vibrant multicultural and multinational state. But Brexit has fatally undermined that idea: Britain does not look especially open, or cool, right now.

Is the end of the U.K. inevitable? Not in the short term. While Brexit makes Scottish independence more likely, it also makes it much more difficult: if Scotland were in the E.U., the hard border with England post-Brexit would be immensely problematic. And Ireland is nowhere near being ready to be united–the divisions that flared in the Troubles have still to be reconciled.

But what no one really imagined is that the future of the Union may not be in Scotland’s or Ireland’s hands. It is England, once the steady old spouse, that is increasingly angling for a divorce. While it is the business of making an exit from one Union, it may talk itself into leaving another. 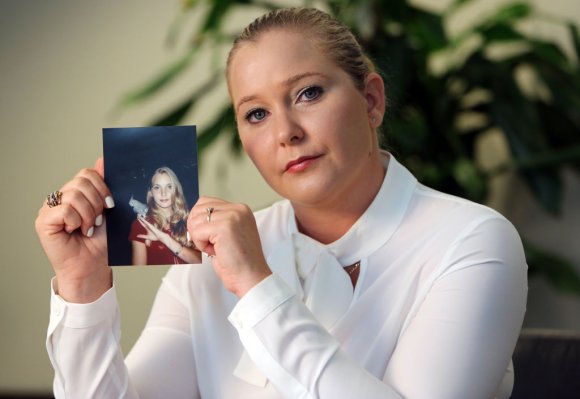 Prince Andrew's Accuser Calls for Support
Next Up: Editor's Pick