Why I Stopped Calling Myself an Alcoholic

Getty Images
Ideas
By Holly Whitaker
Holly Whitaker is the author of Quit Like a Woman: The Radical Choice Not to Drink in a Culture Obsessed With Alcohol and the founder and CEO of Tempest.

On my first day of sobriety, desperate for just one person to tell me it would all be okay, I asked my friend if her father—a 20-something-year veteran of AA—might talk to me. Toward the end of our conversation he asked me, earnestly, why I hadn’t once mentioned “my alcoholism,” and because I had run out of answers, I took his advice and found an Alcoholics Anonymous meeting close to my office.

I went to my first meeting the next day. When it was my turn to talk, I told them my name, and I told them I was an alcoholic, and I told them it was my first time saying that word. It went exactly like it does in the movies, and after the meeting I was given business cards from genuinely kind and helpful people.

This was the culmination of everything I’d feared happening in my life. While I stopped going to meetings not long after that first one, I did absorb the label alcoholic, and I did find identifying as one made sobriety easier. At least it ended the questions and pleas to drink. Not drinking was no longer something cute I was trying on, but something serious, because now I had a life-threatening disease: alcoholism. A one-word answer explained everything, and a definition that had been desperately lacking in my previous attempt to quit drinking.

Shortly after that first meeting, I took a group of friends to dinner to come out with it. Over quartini of Italian reds and one very obvious mocktail, I explained my alcoholism and promised that nothing would change; I was still me. I could still sit down in a restaurant and inhale the fumes of a Nebbiolo without imbibing, my sickness would not impede our good times, I would not ruin the party.

After dinner, we walked to a friend’s apartment to smoke pot before going out to a bar. My girlfriend C, who was on her third or maybe fourth glass of wine, sat next to me on the couch. She leaned in close, and with her hot, alcohol-soaked breath, explained how she wasn’t like me, how she could take alcohol or leave it. What was odd was that in the five years of our friendship, I’d never seen her leave it.

Less than a year into my sobriety, I had another memorable conversation with C. Driving in a tiny rental car in Oahu in February 2014, I called myself an alcoholic because somewhere along the way I’d forgotten I had a choice in the matter. I didn’t use the word often, but whenever I did, it felt wrong, or maybe not true, or maybe like a machete to my throat. The word hung in the air until C said I didn’t have to call myself that if I didn’t want to. I don’t know why it took someone else to point it out to me, or why someone else’s permission felt more reliable than my own, but that was the last time I identified as an alcoholic. Which is another way of saying that was the last time I carried that word around with me everywhere to explain who I was, or what I was not, or why my suffering and my sickness and my recovery were valid. I left it on the side of the road in Oahu, near Kualoa Ranch, where Lost was filmed.

But the term alcoholic and the “disease” of alcoholism create fear—fear that you will always crave alcohol, forever have to use willpower to resist it, spend the rest of your life just trying not to drink. Because our idea of an alcoholic is someone who attends Alcoholics Anonymous for the rest of their life, assumes a lifetime label, and is stuck in perpetual craving— one drink away from being a drunk, one day at a time. Because our concept is that alcoholics are different, they’re outcasts and social pariahs and weak-willed and a whole host of other things no one wants to be. I can’t begin to tell you the number of times someone who struggles with alcohol has said to me, “I’m not one of them,” or “I’d rather keep drinking than suffer that fate.” A label with a heavy stigma does nothing but keep us in a fear state about our own drinking, preventing us from being able to observe our own drinking as it shows up in our lives.

Once, on the phone with a guy I’d met on the internet who also didn’t drink, I mentioned casually that I was stressed about not accomplishing enough in my day. He quickly replied, “That’s your alcoholism talking.” No. Just, no. The story is that alcoholics are different; that they struggle more than others; that they are a certain way, will always be a certain way; and that minding the truth of “who we are” and being hyperaware of our “faults” will keep us out of trouble and in check. Even if we stop drinking, even if we are sober for years and do more work on ourselves and spend more money on self-improvement than the entire GDP of some small nations, we can’t get out from under our alcoholism. Not only do we still have it, but it extends to every area of our life. It’s why we are [insert every terrible human behavior here]. In other words, it limits us. It also ensures we will live in an infinite hellish loop. The truth is we can change. From what we now know of neuroplasticity, we can rewire our brain with meditation and chanting and yoga and food and CBT and DBT and a whole host of other evidence-based modalities, practices, and treatments.

When we hold tight to an idea of “I’m just this way,” we settle for being just this way. “Hi, I’m Holly, and I’m an alcoholic,” ensures that I will remain in the mind-space of something I don’t even do anymore. “Hi, I’m Holly, and I’m a writer, speaker, CEO, meditator, daughter, auntie, sister, friend, and addiction advocate, who speaks terrible Italian,” works a lot better for me. 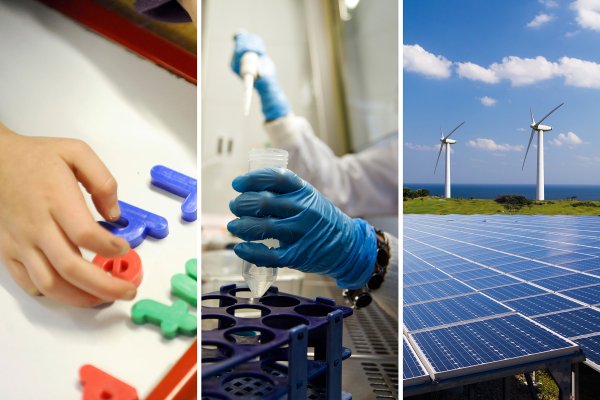