A Los Angeles police officer is under investigation after body camera footage reportedly captured him fondling a dead woman’s breasts.

The officer and his partner had responded to a call about a deceased woman in a residential unit. While his partner went back to the patrol car, the accused officer allegedly turned off his body camera and fondled the woman’s breasts, the Los Angeles Times reported, citing Los Angeles Police Department (LAPD) officials.

While the officer had turned off his camera, the incident was still captured due to a two-minute buffer on the device, and police officials discovered it during a random inspection of body camera footage, the Times reported.

“The department is aware of it,” Jeff Lee, an LAPD public information officer, tells TIME. “An administrative investigation has been launched, and we are forbidden to speak on open personnel matters.”

“We assigned the officer home immediately after learning about the alleged incident,” LAPD spokesperson Josh Rubenstein said in an email.

Assistant Police Chief Robert Arcos told the Times the recording was “very disturbing.” And the Los Angeles Police Protective League, the union that represents rank-and-file officers, said the “behavior has no place in law enforcement.”

“If this allegation is true, then the behavior exhibited by this officer is not only wrong, but extremely disturbing, and does not align with the values we, as police officers, hold dear and these values include respect and reverence for the deceased,” the union said in a statement.

More police departments have started using body cameras in recent years as a way of improving accountability amid heightened scrutiny over police misconduct and use of force. In 2015, the LAPD became one of the first large law enforcement agencies to widely adopt body cameras, rolling out about 7,000 cameras. Last month, the department reached an agreement with the Los Angeles Police Protective League to begin randomly inspecting body camera footage that does not involve arrests or use of force, the Times reported. 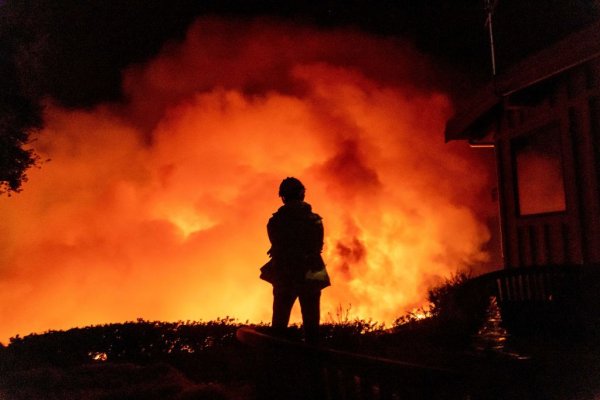 Wildfires Burn at Least 4,300 Acres in California
Next Up: Editor's Pick