Police shot and wounded a student in a school classroom in Waukesha, Wisc. after he pointed a gun at officers, authorities said Monday.

Police were called to Waukesha South High School shortly after 10 a.m. Monday after a student reported that a classmate, a 17-year-old boy, had brought a gun to school, Waukesha Police Chief Russell Jack said Monday. Waukesha is a city of about 70,000 residents 20 miles west of Milwaukee.

A school resource officer rushed to the classroom and escorted other students to safety, Jack said. Other officers arrived at the scene soon after and tried to de-escalate the situation.

“The suspect would not remove his hands from his pocket and continued to ignore officers’ commands,” Jack said. “The suspect removed the handgun from his waistband and pointed it at the officers. An officer was forced to discharge his firearm, striking the suspect.”

The rest of the students were hurried out of the classroom, and the rest of the high school was put on lockdown. No one else was injured during the incident, Jack said. Emergency responders immediately began to treat the 17-year-old and he was taken to a local hospital. He is in stable condition.

Jack said police are not looking for any other suspects. Jack said that the initial review indicated that the police officer who shot the teen had followed departmental guidelines. The officer, who was not named, is an 11-year veteran of the police department.

Waukesha Mayor Shawn Reilly said that it was a “terrifying day for many students and parents.” He credited the partnership between the city and the school for bringing the school resource officer to the campus, as well as the police department, fire department and school district for working to prepare students for such incidents.

“I just am very thankful that we were in a situation where only one person was injured, and that we aren’t in a situation that could be much much worse,” Reilly said. 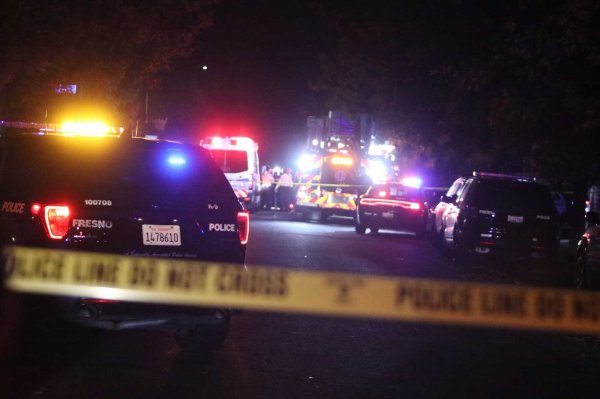 4 Dead in CA Mass Shooting
Next Up: Editor's Pick