When it comes to preventing the worst of climate change, “the point of no return is no longer over the horizon,” United Nations Secretary General Antonio Guterres warned Sunday on the eve of a crucial round of intergovernmental talks at the UN’s annual climate summit.

Representatives of more than 200 countries have gathered in Madrid for COP25, where they will attempt to strike key agreements on international climate action. One challenge is the wild variance in the impact of their domestic goals to cut greenhouse gas emissions. A growing crowd of large economies, including Spain, France and the U.K., have pledged to reach net-zero emissions by 2050. Several countries have set earlier targets; Finland has pledged to reach net zero by 2035, and Sweden has set its goal for 2045. Other countries, including some major economic powers like Russia, have not made any firm commitments on cutting emissions.

The UN Intergovernmental Panel on Climate Change (IPCC) says worldwide emissions need to fall 50% by 2030 to keep the global average temperature increase under 1.5°C above pre-industrial levels. The 184 signatories of the 2015 Paris Agreement have pledged to keep average temperature rise “well below” 2°C. The projected impacts of climate change—including heatwaves, droughts, floods and extreme storms—become increasingly catastrophic with each small increase in average temperature rise.

In November, a group of former IPCC authors working with the Universal Ecological Fund, a D.C.-based nonprofit, examined the current greenhouse gas-reduction commitments of these 184 countries. They found that almost three quarters were not strict enough to effectively contribute to keeping global average temperature rise below 1.5°C.

One of the key goals of COP25 is to strengthen commitments from the countries that are lagging behind. “In the crucial 12 months ahead, it is essential that we secure more ambitious national commitments—particularly from the main emitters—to immediately start reducing greenhouse gas emissions at a pace consistent to reaching carbon neutrality by 2050,” Guterres said at a pre-summit event.

Delegates at the conference will seek to finalize outstanding elements of the Paris Agreement. Those include the rules that govern nations’ abilities to “off-set” carbon emissions by paying for reductions of emissions in other countries, and how to fund compensation for countries that are hit by severe climate change impacts. Next year, with those rules in place, countries will try to negotiate higher and more ambitious international targets than those agreed in Paris in 2015.

As most countries attempt to fulfil and improve on their existing commitments on emissions, though, the U.S. is on course to renege on its own. President Donald Trump has argued that the terms of the Paris Agreement inflict unfair damage on the American economy, and last month initiated a process that would pull the country out of the Paris Agreement on Nov. 4, 2020—one day after the 2020 presidential election.

Democrats have pledged to cancel that withdrawal if their candidate wins that election. House Speaker Nancy Pelosi has travelled to COP25 along with a delegation of Democratic lawmakers. “By coming here we want to say to everyone we are still in, the United States is still in,” Pelosi told reporters there on Monday. 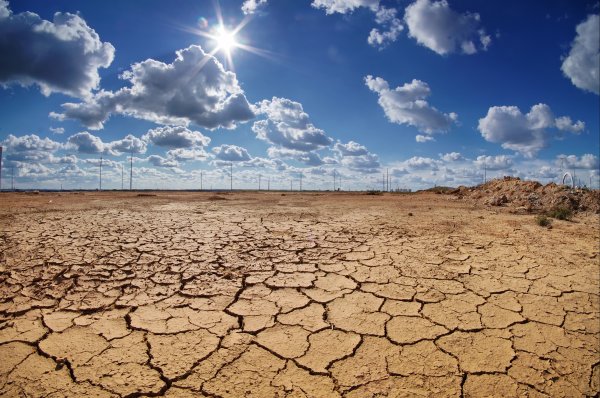 How Climate Change Exacerbates Gender Inequality Across the Globe
Next Up: Editor's Pick