A man has been charged with killing and sexually assaulting a University of Illinois at Chicago student after she ignored his catcalls and refused to talk to him early Saturday morning, according to prosecutors.

Donald Thurman, 26, was charged Monday with first-degree murder and aggravated sexual assault in the death of 19-year-old Ruth George, University of Illinois at Chicago police said. The Cook County medical examiner’s office has ruled her death a homicide by strangulation.

George, a sophomore who was studying kinesiology, was an aspiring physical therapist. She and a friend had returned to campus in a Lyft early Saturday morning following a semi-formal for their co-ed professional fraternity, prosecutors said. While her friend walked back to her dorm, George walked to the university parking garage where she had left her car.

In surveillance footage, university police identified a man following George into the parking garage around 1:35 a.m. Saturday. He catcalled her and tried to talk to her repeatedly while she continued walking to her car, prosecutors said.

“When the victim arrived at her car, the defendant was angry that he was being ignored. The defendant came up behind the victim, grabbed her around the neck from behind, and put her in a chokehold,” prosecutors said at a bail hearing on Tuesday, according to a document from the Cook County State’s Attorney’s Office.

Thurman is accused of choking George, putting her face-down into the back seat of her car and sexually assaulting her while she remained unconscious.

Family members found George “cold to the touch and unresponsive” in the back seat of her car later that morning, when they “pinged” her phone after not hearing from her, prosecutors said.

Thurman —who was not affiliated with the university and did not know George, according to police—confessed to the crime and said he “knew that his DNA would be all over the scene,” prosecutors said. He is being held without bail and is scheduled to appear in court again on Dec. 16.

Thurman was on parole after serving two years for armed robbery. He was released from prison in December 2018.

At a gathering on campus this week, students and faculty mourned George’s death and “remembered a young woman who had so much potential,” Chancellor Michael Amiridis said in a statement.

“Ruthie was an Honors College student who focused on her studies, a young woman who dreamed of becoming a physical therapist to heal people and who was always there to lend a hand to her peers, many of whom would seek her out because of her compassion for others,” Amiridis said.

“As a campus community we have shed many tears for her over the last three days. But our collective pain pales in comparison with the ordeal her family is and will be going through for days, months and years to come. Our thoughts and our hearts are with Ruthie’s family and friends this evening.”

Her fraternity, Delta Epsilon Mu, also mourned their member nicknamed “Baby Color” in a statement posted on Facebook: “We will never forget how big her smile was when she was named ‘Rangi Mtoto’ or Baby Color. That was the perfect name for her because she brought color into the lives of everyone around her.” 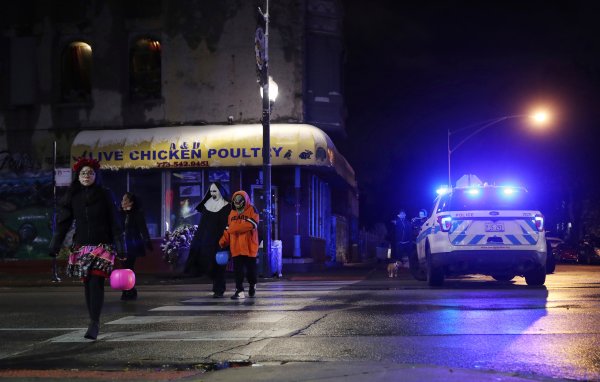 Teen Charged in Halloween Shooting of a 7-Year-Old
Next Up: Editor's Pick