‘Baby, It's Cold Outside' Was Controversial From the Beginning. Here’s What to Know About Consent in the 1940s

Kelly Clarkson and John Legend performing their new cover of "Baby, It's Cold Outside" on The Voice on Dec. 3, 2019.
Trae Patton/NBC/NBCU Photo Bank—Getty Images
By Olivia B. Waxman

‘Tis the season when wintery songs take over the airwaves. But not all of the classic tunes elicit feelings of holiday cheer — and in recent years, one in particular has become the subject of controversy: “Baby, It’s Cold Outside.”

In the #MeToo era, a song about a man pressuring a woman to stay with him isn’t seen as so cheery by some. On a 2019 episode of The Voice, John Legend and Kelly Clarkson performed their new cover of the song, in which he sings about being supportive of whatever decision she makes, with lines like “It’s your body and your choice” and “I want you to stay, it’s not up to me.”

And yet, the new version has also become controversial, among people who thought the song didn’t need editing. Sharon Osbourne said it’s “not right” to change “an innocent lyric,” which she argued is akin to trying to covering up nudes in classic works of art.

Susan Loesser, daughter of “Baby, It’s Cold Outside” composer Frank Loesser, came to the song’s defense in 2018, arguing that it needs to be understood within “the context of the time” when it was written in 1944. Back then, she said, the lyric “What’s in this drink?” would refer to the alcoholic content, not the thought of being drugged. In fact, “Baby, It’s Cold Outside” started out as a shtick that the songwriter Frank Loesser performed with his wife at parties.

The story behind the song has never been a secret — the factoid made it into to TIME’s 1949 article on the song’s popularity — but most people first encountered it when Ricardo Montalban and Esther Williams performed it in the 1949 movie Neptune’s Daughter. In the scene, the two actors are sitting on the couch, and when Williams tries to stand up, Montalban pulls her back down by tugging her arm.

“Baby, It’s Cold Outside” won the Academy Award for best song in 1950, and it became one of the hottest songs of the holiday season in the next years. Artists from Louis Armstrong to Miss Piggy covered it, and TIME named it one of the 100 best songs of all time. But even when “Baby, It’s Cold Outside” first became a hit, some people thought was risqué.

As TIME reported in the June 27, 1949, issue: “Queasy NBC first banned the lyrics as too racy, then decided they contained nothing provably prurient, and put the tune on the air. Baby hit the hit parade and began climbing.”

In that debate, experts on mid-20th century sexual norms say, lies a lesson about how consent and dating culture in America has evolved.

‘An Important Historical Document’ on Dating

The 1940s was not exactly a time of extreme chastity. In fact, World War II brought with it a wave of sexual activity. “People behaved in war in ways they wouldn’t behave in peace time,” says Beth Bailey, author of From Front Porch to Back Seat: Courtship in Twentieth-Century America and the Director of the Center for Military, War, and Society Studies at the University of Kansas. Many wartime couples “thought they might never see each other again” — and many married young, often ending up with the first person they’d lost their virginity to, because it was considered the right thing to do.

But dating as we know it today was still only a few decades old, and the rules and expectations for what would happen on a date were still being worked out.

But for women who were caught doing so, the consequences could be steep. Her personal reputation and her family’s reputation was on the line. Abortion was criminalized, and contraception was illegal in most states. Women who got pregnant could be kicked out of their homes and out of college; pregnant high-schoolers could be sent to homes for unwed mothers, forced to give their babies up for adoption, and to undergo a rehabilitation program before they could go back to school, according to Rachel Devlin, author of Relative Intimacy: Fathers, Adolescent Daughters, and Postwar American Culture and a professor of History at Rutgers University.

Women could even be arrested and imprisoned. Scott W. Stern’s book The Trials of Nina McCall: Sex, Surveillance, and the Decades-Long Government Plan to Imprison “Promiscuous” Women details how the federal government incarcerated thousands of women suspected of being promiscuous, in a misguided effort to safeguard troops from sexually transmitted diseases.

As such, women had incentive to hide their sexual desires. One result of that situation is the dynamic on display in the song, in which the woman sings that she “ought to say ‘no'” and mentions how the neighbors will gossip if she doesn’t leave.

“It was a weird contradictory time, just a lot of hypocrisy,” says Devlin. “Men were expected to push, and women were expected to make sure men didn’t cross the line, which was entirely up to the women because if line was crossed, and they did have sex, she was ruined. The song is an important historical document because it does represent these constant negotiations. It’s describing an everyday encounter.”

“That song comes from an era when women were just expected to say no, no matter what they wanted,” echoes Bailey. “The culture refused to acknowledge women’s right to say yes or no. Not being able to say yes is as much as a problem as having to say no.”

The Evolution of Consent

But just because a woman would have a reason to demure despite her wishes, that doesn’t mean the situation in the song is obviously a harmless one.

Complicating analysis of the lyrics is the fact that the concept of “consent” has evolved over time. In the late 19th century and early 20th century, there were efforts to raise the legal age of consent to protect the growing number of young women moving to cities to take factory jobs. “In the 18th and 19th century, if you were over 10, you were considered legally capable of consenting or withholding consent to sexual relations,” says Estelle B. Freedman, professor of History at Stanford University and author of Redefining Rape: Sexual Violence in the Era of Suffrage and Segregation and Intimate Matters: A History of Sexuality in America. In the early 20th century, states raised that age; the first known use of the term “jailbait” was in 1927.

For a woman, being alone with a man, especially if there was flirtation going on, could be considered consent, Devlin says. “If a women tried to bring this into court, the court would say, ‘What were you doing alone with him?’ They would blame her. There was no way for women to win,” she says.

For women of color, consent was even further from view. “Interracial rape was a ubiquitous form of terrorism in the South,” says Devlin. In fact, the year “Baby, It’s Cold Outside” was composed, in 1944, the NAACP sent Rosa Parks to help 24-year-old Alabaman Recy Taylor speak out about being gang-raped by six white men on her way home from church. While two grand juries didn’t indict the men, the case and protests against the rape of black women helped lay the groundwork for the civil rights movement.

It wasn’t until after the 1960s women’s movement that a conversation spread about consent in a situation like the one described in the song. “Changing sexual mores in the early 20th century—both the decline of the purity ideal for all women and the rise of individual dating—created a transition period characterized by very mixed messages, especially about what a woman ‘owed’ her date,” says Freedman. “What changes beginning in the 1960s, in part in response to a more sexualized culture that could mask coercion, is the political analysis of sexuality and power.”

But one thing hasn’t evolved: despite the confusion over its meaning, the song has remained popular. In fact, the renewed public attention didn’t hurt sales of the song when some radio stations banned “Baby, It’s Cold Outside” in 2018, and the controversy may have helped it. That year, by mid-December, Dean Martin’s 1959 cover became the second best-selling holiday song in terms of digital sales. 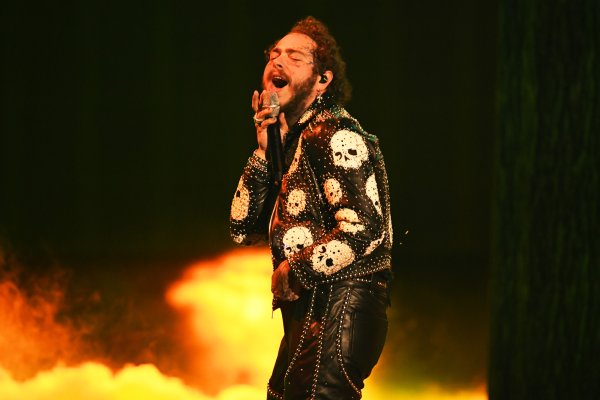 See the Artists Who Dominated Spotify in 2019, From Post Malone to Billie Eilish
Next Up: Editor's Pick