Prosecutors said they plan to present “hundreds of hours of video recordings” as part of the case against two federal jail guards charged in connection with Jeffrey Epstein’s suicide.

Tova Noel, 31, and Michael Thomas, 41, briefly appeared in federal court in New York on Monday, as the judge set trial for April 20.

Montell Figgins, who represents Thomas, pressed prosecutors about when the Investigator General’s report about Epstein’s August death would be released because he believed that information could contain “a lot of relevant facts” for his client’s defense.

Jason Foy, who represents Noel, said he believes there may be “outside circumstances driving this prosecution.”

The corrections officers are charged with falsifying records after Epstein was found dead in his cell at the Metropolitan Correctional Center as he awaited trial on charges of sex trafficking minors. His death was ruled a suicide.

Federal prosecutors with the Southern District of New York said in an indictment filed last week that the pair made false statements in jail logs to make it seem as though they checked on Epstein and other detainees, even though they had not done so. They alleged that Noel and Thomas were browsing the internet and appeared to be napping instead of conducting mandated checks on inmates.

In addition to the video footage, prosecutors said they planned to present some paper and bank records as evidence.

Epstein’s death in custody has raised questions, including from some who doubt that he killed himself. Last week, Attorney General William Barr told the Associated Press he personally watched security footage that showed no one entered the area where Epstein was housed prior to his death.

Figgins told reporters on Monday that his client was a scapegoat for the Federal Bureau of Prisons and pointed to systemic issues about staffing and supervision. “Only two people were charged but for this to happen the whole system had to fail,” Figgins said. “Is (Thomas) the only one who didn’t do his job?”

Foy suggested that criminal charges were an excessive response and noted that “there were other ways to resolve” the issue that “have nothing to do with being a convicted felon or going to jail.”

During the pretrial hearing, Foy pushed back against last week’s decision by the judge to strip Noel of her personal firearm, saying that his client had been charged with a non-violent offense. “She remains innocent as we sit here today,” Foy said. The judge refused to reconsider her choice, saying that it was a “common sense safety measure.”

Noel and Thomas are scheduled to appear back in court for another hearing on Jan. 30. 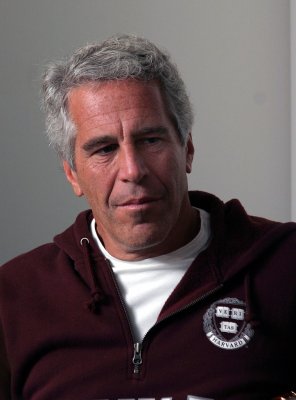 2 Guards Charged in Connection to Epstein Suicide
Next Up: Editor's Pick