Lee Child: How Jack Reacher Fits Into a Long History of Folk Heroes

What is the purpose of fiction? I think it can be summed up in a simple phrase: To give people what they don’t get in real life. In my own line of work — crime thrillers — I’m aware that readers need an antidote to an unsatisfactory everyday reality. If their car is stolen, they’ll never get it back. If their house is burgled, they’ll never see their stuff again, and the police will never catch the burglars. But they will in a book. Instead of a constant real-world buzz of low-level frustration, there will be a beginning, a middle and an end, by which time order will have been restored.

Thus peasants suffering Prince John’s repressive taxation and brutal punishments no doubt idly dreamed of some tough, sparky guy who would show up and fix things for them. No doubt storytellers and balladeers immediately rushed to fill that need. Like working pros everywhere, they pulled what they had off the shelf and adapted it. They borrowed the name and the basic shape of the character from previous chansons, and then set about giving their listeners what they wanted. No doubt they started with those Stone Age principles: a suspenseful story full of dangers and perils, over which a memorable character would eventually triumph in a decisive manner, such that the listener finished with a tight and determined smile, and moist eyes fixed on the horizon. No doubt they improvised as they went along, in real time, sensing the listeners’ mood, adding and subtracting as necessary. They gave Robin a superpower — archery — and narrowed the antagonist to a specific local flunky (the Sheriff of Nottingham), for enhanced focus and local resonance, and perhaps also for safety, because it was always better to disparage someone slightly lower down the hierarchy than the king.

Originally, Robin Hood was a yeoman — a commoner, of no formal rank at all. Robin’s sympathy for the downtrodden was clear from the start, as was his impatience with priests and clerics, his respect for women, and his opposition to the Sheriff of Nottingham. He had no views at all about Prince John’s misrule or King Richard’s splendor — in the earliest versions the monarchy is not mentioned at all (local opposition against Nottingham being enough for the narrative) and in one version the reigning king is given as Edward, not Richard.

Then came hundreds of years of edits, as various interested parties put their various oars in. The appeal of the tale was overwhelming and undeniable, so the establishment couldn’t simply suppress it. Instead, like working pros everywhere, they adapted it. They fixed it in time during John’s regency, at a historical distance that they felt was safe enough. It didn’t exactly damage the notion of monarchy itself — in fact maybe it strengthened it, given the subliminal message that the actual monarch’s absence had caused all the problems. Then came a call from the audience for more characters. Now we get this request on the phone from editors and producers: Can there be a love interest? Back then, the storytellers must have sensed restlessness in their listeners. So Maid Marian was brought on board. Then like storytellers everywhere, they realized they needed a comic figure. Friar Tuck was invented. And so on.

The establishment changed Robin himself most of all. First they made him a strong supporter of King Richard (see above — preserve the monarchy by throwing John under the bus) and then they started to inch him up the social scale, in what seems to have been a permanent and irresistible pressure on any British narrative. Such a beloved Englishman can’t have been just a yeoman. By the end of the 16th century Robin was the Earl of Huntingdon. The audience went along with the conceit, and the fundamental description of a folk hero was cemented in place — a person of status, in some way cast out, breaking the rules for a just purpose.

This basic specification had been foreshadowed before, and would be repeated again. For instance, I remember reading Ovid’s retelling of the Theseus legend, in school, in Latin. On the bus home I was reading Dr. No by Ian Fleming. And I noticed I was reading the same story, two thousand years later. A man of rank (a prince; a Commander in the Royal Navy) not exactly cast out but disapproved of and barely tolerated, fights a grotesque opponent in a secret underground lair, with the help of a woman from the other side (Ariadne; Honey Ryder) and technological intervention (the ball of twine; Q’s arsenal) and comes home to a mixed reception. The form was durable.

I used it myself, unconsciously, when I started writing. I needed a main character, but felt that overthinking his specification would beat the life out of him, so I wrote based on instinct — which is to say, based on everything I had ever read and subliminally absorbed before. And sure enough, Jack Reacher turned out to be a man of rank (a major, a West Point graduate) now cast out from mainstream society (albeit voluntarily, by his own hand) and dispensing rough justice outside the mainstream rules. Reacher slotted very neatly into the folk hero tradition, specifically the knight errant subgroup, which seems to be universal in appeal — as in, for instance, the Japanese ronin myths, in which a samurai, disowned by his master, is sentenced to wander the land, doing good. For me the trope was so strong it overrode common sense and quotidian realism, in that the hands-on experiences implied in Reacher’s backstory are those of an NCO or warrant officer, not those of a commissioned officer, and almost certainly not those of a West Point graduate. But my subconscious led me to the knight errant myth, and a knight errant must have been a knight to start with, so a major he was. Military insiders are very aware of the discrepancy, but they still enjoy the fiction —proof of the power of that ancient story.

Excerpted with permission from The Hero by Lee Child, available now from TLS Books and HarperCollins Publishers. 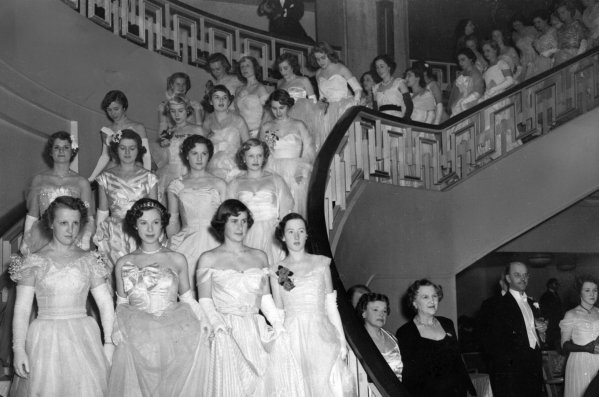 It’s Easy to Dismiss Debutante Balls, But Their History Can Help Us Understand Women’s Lives
Next Up: Editor's Pick