Dark Waters Tells the True Story of the Lawyer Who Took DuPont to Court and Won. But Rob Bilott’s Fight Is Far From Over

Rob Bilott, a corporate lawyer-turned-environmental crusader, doesn’t much care if he’s made enemies over the years. “I’ve been dealing with this for almost three decades,” he says. “I can’t really worry about if the people on the other side like me or not.”

Bilott used to be on the other side. The Todd Haynes-directed movie Dark Waters, now playing in theaters, tells the story of how the lawyer, played by Mark Ruffalo, switched allegiances. As happened in real life, the movie depicts Ruffalo’s Bilott as a lawyer who defends large chemical companies before he is approached for help in 1998 by Wilbur Tennant (Bill Camp), a West Virginia farmer whose land was contaminated by chemical giant DuPont. Inflamed by that injustice, and the complicity of local authorities, the lawyer risks his career as he embarks on a decades-long legal siege of one of America’s most powerful corporations. He works, at first, on Tennant’s behalf, then pursues a class action suit representing around 70,000 people living near a chemical plant that allegedly contaminated drinking water with PFOA, a toxic chemical used in the production of Teflon. In recent years, studies have correlated long-term exposure to PFOA with a number of illnesses, including some types of cancer.

In 2017, Bilott won a $671 million settlement on behalf of more than 3,500 plaintiffs. Those people claimed they had contracted diseases, among them kidney cancer and testicular cancer, from chemicals DuPont allegedly knew may have been dangerous for decades, and allowed to contaminate their drinking water anyway.

In Dark Waters, Haynes emphasizes the seemingly endless fight taken up by Bilott, as DuPont brings its considerable resources to bear to defend itself over the course of two decades. According to one analyst, the film’s potential to raise awareness about these issues could have a serious effect on some chemical companies’ bottom lines. But for the real Rob Bilott, the work of taking the industry to court is far from over. In October 2018, the lawyer filed a new lawsuit against several companies, including 3M, Arkema, and Chemours, a manufacturer spun off from DuPont in 2015. That ongoing case is seeking class action status, and was initially brought on behalf of Kevin Hardwick, a firefighting veteran of 40 years who used fire-suppression foams and firefighting equipment containing a class of chemicals known as PFAS, or polyfluoroalkyl substances (PFOA is one type of PFAS chemical).

PFAS chemicals are used in products ranging from waterproof jackets to shaving cream, and they can leach into water supplies in areas where they are disposed of or used in fire suppression (in particular on military bases, where they have been used for years). According to Bilott’s complaint, studies currently suggest that PFAS is present in the blood of around 99% of Americans. The class of chemicals has broadly been linked to immune system disruption, while PFOA specifically has been found to be associated with cancers and other diseases. Bilott’s newest lawsuit, as with his prior cases, alleges that these companies knew for decades that PFAS chemicals, specifically PFOA, could be linked to serious health problems, and that they still assured the Environmental Protection Agency (EPA) and other U.S. government regulators that PFAS exposures were harmless.

“What we’re hearing once again from those companies that put those chemicals out there, knowing that they would get into the environment and into our blood, is that there’s insufficient evidence to show that they present risks to humans who are exposed,” explains Bilott. “These companies are going to sit back and say, we’re entitled to…use you as guinea pigs, yet those of you who are exposed are somehow the ones who are going to have to prove what these [chemicals] do to you.”

Some scientists are particularly worried by the potential health effects of those less-studied PFAS chemicals. Dr. Philippe Grandjean, a professor of environmental health at Harvard, conducted a study that appeared to suggest that babies exposed to PFAS could suffer impaired immune-system development. “I fell off the chair,” says Dr. Grandjean. “When I looked at those data it was mind-boggling.”

According to Bilott’s complaint, when his lawsuit’s defendants were asked by the EPA and other agencies to stop producing materials with PFOA, they switched to new “short chain” PFAS molecules. For scientists like Dr. Grandjean, there just isn’t enough information to know how short chain PFASs interact in the body, or if they’re safe. “Do we really want to keep exposing the population to potentially toxic chemicals and simply wait for the scientists to find statistically convincing evidence that they are toxic?” says Dr. Grandjean. “I would think that prevention would be a much better solution.”

The logic of Bilott’s new suit is to force chemical companies to pay to find answers. Rather than seeking monetary damages for the millions of Americans with PFAS in their blood, the lawsuit demands the Chemours and the other chemical companies pay for an independent science panel to definitively establish the health effects of PFAS.

In a statement, DuPont defended its safety and environmental record, and said that it does not produce PFAS chemicals, though it does use them. “We are leading the industry by supporting federal legislation and science-based regulatory efforts to address these chemicals,” the company wrote in an email. “We also have announced a series of commitments around our limited use of PFAS, including the [sic] eliminating the use of all PFAS-based firefighting foams from our facilities and granting royalty-free licenses to those seeking to use innovative PFAS remediation technologies.” DuPont also questioned the veracity of unspecified events depicted in the Dark Waters film. The other companies named in the suit — the 3M Company, Dyneon, the Chemours Company, Archroma, Arkema, AGC, Daikin Industries and Solvay Specialty Polymers — did not respond to requests for comment.

In February, those defendants filed a joint motion to dismiss, which the court denied in September, allowing the case to proceed. The next legal step is for the court to decide whether the lawsuit will be permitted to go forward on behalf of a nationwide class. “We’re talking about chemicals that resulted in billions of dollars in profits over many, many years,” says Bilott. “That should be more than sufficient to help pay for whatever studies need to be done.”

The case could take years to resolve, and then years after that for any potential science panel to publish definitive conclusions. (The panel portrayed in the movie took seven years to come to its determination.) Few would have begrudged Bilott a few years to rest on his laurels and enjoy the royalties from his new book, aptly titled “Exposure,” before embarking on what will inevitably be a long and arduous series of proceedings. But Bilott says he doesn’t have plans to ever stop fighting PFAS contamination. 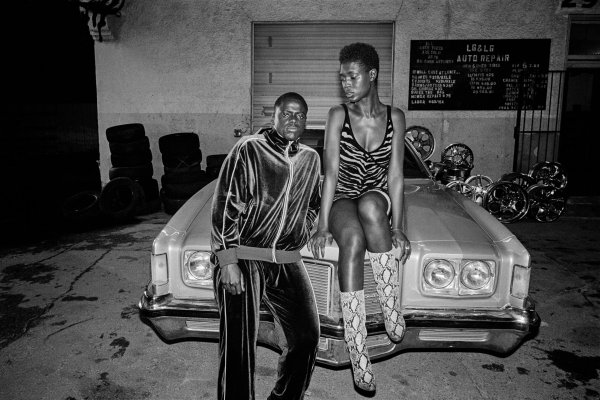 How Queen and Slim's Filmmakers Captured the Past, Present and Future of Black Music
Next Up: Editor's Pick