Some of the best podcasts of 2019 spent the year looking backwards—at the ramifications of slavery, at companies that imploded, at important thinkers and celebrities who passed away. Podcast hosts retold their parents’ stories, revisited monumental movies and re-investigated weird and wonderful cultural phenomena. And every single show on this list indulges in nostalgia—even the fiction podcast.

Perhaps reaching the end of the decade has made podcasters more reflective and insightful than ever before, or perhaps we as listeners are just craving an explanation for our current moment and turning to the past to find it. Whatever the reason, it made for great listening. Here are TIME’s best podcasts of 2019.

Lauren Ober recounts the epic meltdowns of companies like MoviePass and Toys “R” Us with a healthy dose of skepticism: when she reports that the implosion of U-Haul was preceded by boardroom brawls between brothers, she jokes, “There’s not enough Xanax in the world to get me to go into business with my family.” In reporting on how many of these CEOs simply rebrand or start over, leaving legions of unemployed workers in their wake, Ober exposes the “failing up” culture that pervades Silicon Valley, Wall Street and—as in the episode about Trump’s Atlantic City casinos—the White House.

CBS correspondent Mo Rocca hosts a surprisingly fun podcast about death. Each episode, he eulogizes a different person or thing—from Sammy Davis Jr. to two trees whose deaths sparked an ugly turn in a football rivalry between two schools. He approaches each subject earnestly and curiously, enlisting the likes of Bill Clinton to reflect on being inaugurated the day Audrey Hepburn died, or Tony winners to write a show tune commemorating Thomas Paine.

The jokey premise of the show is that Conan O’Brien has no real friends and wants to use the podcast to force celebrities to hang out with him. In fact, his years-long relationships with veterans of comedy like Tina Fey and Will Farrell are what make this podcast funnier and more insightful than just another interview podcast with a celebrity host. He recalls war stories from the set of Saturday Night Live and embarrassing anecdotes that a journalist would have no way of unearthing.

When comedian Chris Garcia’s father died, he requested that his family scatter his ashes off the coast of his homeland, Cuba. But Garcia’s mother had no interest in returning to the country where her husband was forced to work in an internment camp and received electroshock therapy. Garcia seizes the opportunity to learn about his parents’ immigration—but he leavens the harrowing stories with hilarious asides, like when his mother obsesses over the singer Pitbull. It’s the sort of deeply personal account that’s essential at a moment when immigration is so politicized.

Slate critic Willa Paskin explores a bizarre and delightful cultural phenomenon each month, from “Baby Shark” to Chuck E. Cheese, to try to understand what makes people obsessed with seemingly arbitrary touchstones. These fixations can spin out of control, leading to toxic fights on forums or basements full of broken animatronic critters. But Paskin lends a sympathetic ear to fanboys and fangirls to understand how the strangest media can elicit an emotional attachment.

The cinematic soundscape of creator James Kim’s fiction podcast immediately draws the listener into the restaurants and dive bars of Downey, California outside of Los Angeles. Paul (Joel Kim Booster) lives there with his mother, though their conversations are stilted: she speaks little English, he little Korean. Paul cites the language barrier to his friends as the reason he hasn’t come out to his family. As he tries to bridge the emotional and linguistic gap, the show trusts that non–Korean speakers will understand the sentiments, if not every word, of their conversations: the struggle to be understood is universal.

This could have been a bad true-crime series: When an adult film star named August Ames dies by suicide after writing a controversial tweet, several of her friends tell journalist Jon Ronson that they suspect foul play. To Ronson’s credit, he refuses to play amateur sleuth and build tension on a false supposition of murder. What he produces instead is a nuanced and considered portrait of Ames, a lonely woman who had a complicated relationship with an industry that both worshipped and abused her.

3. Blank Check With Griffin and David

This consistently great movie podcast examines the filmography of one director at a time. But the series hit new heights this year when hosts Griffin Newman and David Sims focused on Hayao Miyazaki, the man behind masterworks like Spirited Away and My Neighbor Totoro—whose films are not available to stream, and thus criminally under-appreciated outside of Japan. (The films will make their streaming debut next year on HBOMax.) Newman and Sims offered listeners a chance to seek out his movies and participate in a critical conversation about how Americans can access and appreciate foreign-language films—which, as movies like Parasite generate Oscar buzz, is more relevant than ever.

You might think you know everything about Tonya Harding or O.J. Simpson, but as journalists Michael Hobbes and Sarah Marshall re-examine these and other stories from surprising new angles—like the perspective of Paula Barbieri, Simpson’s girlfriend at the time of his trial—they prove even the most well-known figures have unplumbed depths. While they never sacrifice accuracy for the sake of fun, their breezy tone keeps even the heaviest of topics engaging.

Four hundred years after the frigate White Lion brought slavery to America, New York Times writer Nikole Hannah Jones reframes the country’s history through the lens of that institution. (The podcast accompanies the New York Times Magazine’s 1619 Project.) Each episode demonstrates how our economy, political system and popular culture are rooted in the slave trade and built on the work of African Americans. Despite the podcast’s sweeping goals, the stories are intimate and conversational—as with a standout episode in which culture critic Wesley Morris identifies the echoes of black artists’ songs in the most unexpected music genres.

The original version of this story misstated the name of the host of Decoder Ring. It is Willa Paskin, not Will Paskin. 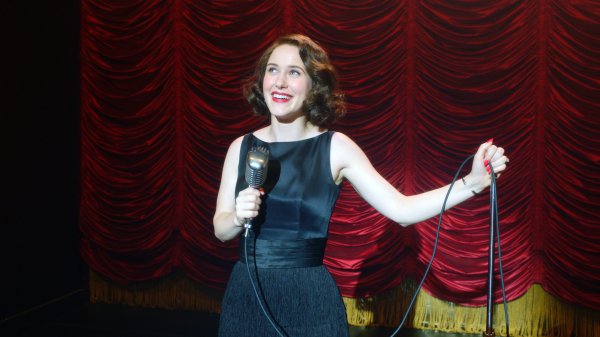 Here's Everything New on Amazon Prime Video in December 2019
Next Up: Editor's Pick