A 1970 Law Led to the Mass Sterilization of Native American Women. That History Still Matters

A Navajo woman walks towards her hogan on the Navajo Indian Reservation between Chinle and Ganado, Ariz., in August of 1970.
Bettmann/Getty Images
By Brianna Theobald

Marie Sanchez, chief tribal judge on the Northern Cheyenne Reservation, arrived in Geneva in 1977 with a clear message to deliver to the United Nations Convention on Indigenous Rights. American Indian women, she argued, were targets of the “modern form” of genocide—sterilization.

Over the six-year period that had followed the passage of the Family Planning Services and Population Research Act of 1970, physicians sterilized perhaps 25% of Native American women of childbearing age, and there is evidence suggesting that the numbers were actually even higher. Some of these procedures were performed under pressure or duress, or without the women’s knowledge or understanding. The law subsidized sterilizations for patients who received their health care through the Indian Health Service and for Medicaid patients, and black and Latina women were also targets of coercive sterilization in these years.

But while Sanchez and the Native women with whom she organized responded to the results of that 1970 law, they also recognized that the fight against involuntary sterilization was one of many intertwined injustices rooted—as was their resistance—in a much longer history of U.S. colonialism. And that history continues to this day.

When the federal government forced Native peoples onto reservations in the 19th century, the situation produced a cascade of public-health disasters. By 1900, the American Indian population had reached its nadir of less than a quarter million. Infants and children proved particularly vulnerable to illness and death. One government official estimated in 1916 that approximately three-fifths of Indian infants died before age 5. On many reservations, women responded by bearing more children despite their compromised health. The historian Frederick Hoxie has argued that “only the maintenance of extraordinarily high birth rates” saved one nation from “dropping into oblivion.”

As Native peoples confronted the hardships of reservation life, the federal government embarked on a campaign to assimilate—or Americanize—them. Rather than killing Indians through physical violence, as had been a hallmark of federal policies into the 1870s, politicians and reformers set out to kill off all markers of Indianness: language, clothing, and cultural and spiritual practices. In this context, the federal government criminalized Native healers and disparaged midwives and their birthing knowledge. Under pressure, ceremonial practices, including women’s coming-of-age ceremonies, were circumscribed, driven underground or ceased.

Treaties signed before 1871, and executive orders and other agreements thereafter, established federal responsibility for the provision of health care for tribal members. As the poor health conditions plaguing many reservations became more difficult for the federal government to ignore, the Office of Indian Affairs began constructing rudimentary hospitals, which employees encouraged Native women to use for childbirth. By the 1950s, when the Indian Health Service was created, the vast majority of Native women gave birth in hospitals—at rates that nearly reached national levels.

For her part, Sanchez did not lose momentum after her return from the United Nations. The following year, she was a founding member of the Women of All Red Nations, or WARN, an organization led by Native women, and she soon joined the advisory board of the National Women’s Health Network. By the end of the decade, advocacy by Native women and other women of color resulted in the adoption of federal regulations that offered women some protections from unwanted sterilization procedures. The new regulations required, for example, an extended waiting period—from 72 hours to 30 days—between consent and an operation.

But Native women’s reproductive autonomy was constrained in other ways. Since the late 1970s, the Hyde Amendment has prohibited federal funding for abortion services with few exceptions. The amendment hinders the ability of all low-income women to terminate a pregnancy and disproportionately affects women of color, but it discriminates against Native women specifically because they are entitled to receive health services from a federal agency.

From the establishment of the first government hospitals, Native women—as nurses and other staff, as members of tribal health committees, and as activists—have struggled to ensure that these institutions met patients’ needs. But non-Native hospital staff’s openness to Native healing practices has varied over time and by institution, and reservation hospitals have been consistently underfunded. In recent years, some hospitals have reduced or eliminated obstetric services, forcing women to drive up to two hours to give birth. Drive time, as public health researchers emphasize, directly affects outcomes.

This history matters. It matters because it continues to affect Native maternal and infant health outcomes. It matters because today Native American women continue a rich legacy of advocating for the health and well-being of their communities. At a congressional briefing session on Native maternal and reproductive health earlier this year, Native experts advocated policy changes such as the repeal of the Hyde Amendment. They insisted that the Indian Health Service be held accountable for providing quality health care to tribal members. They called for greater resources for community and grassroots organizations that are already providing culturally oriented maternal and reproductive health care.

This history matters because knowledge of historical injustices can be a crucial ingredient in working toward a more just future.

Brianna Theobald, an assistant professor of history at the University of Rochester, is the author of Reproduction on the Reservation: Pregnancy, Childbirth, and Colonialism in the Long Twentieth Century, available now from the University of North Carolina Press. 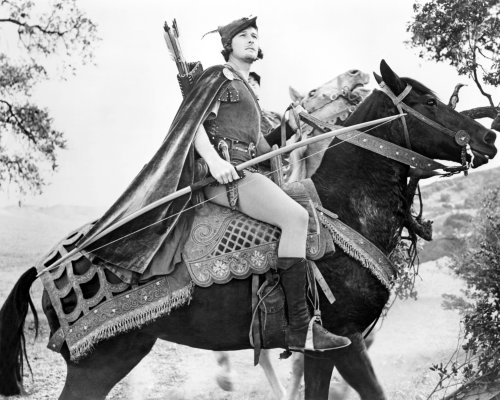 Lee Child: How Jack Reacher Fits Into a Long History of Folk Heroes
Next Up: Editor's Pick