A Colorado school district has closed all 46 of its schools following the spread of an “extremely contagious virus.”

The Mesa County Valley School District 51, which serves more than 22,000 students, plans to keep schools closed on Thursday and Friday and reopen after Thanksgiving, according to a statement from the school district. More than 3,400 students were absent this week, Emily Shockley, spokesperson for the school district tells TIME.

The Mesa County Public Health Department says it is closely monitoring the situation and treating the episode as a “norovirus outbreak,” although officials do not have lab confirmation on the exact diagnosis of the illness.

“We’re hearing reports that a person might feel just fine, and in less than an hour’s time have a vomiting episode, sometimes in public places,” the agency said in a statement. “That’s causing the further spread of the illness and making it more concerning than a typical gastrointestinal virus, much like norovirus.”

Health officials said the main symptoms of the outbreak appear to be vomiting and diarrhea, with some individuals reporting a fever—but the effects appear to be short-lived with the illness hitting quickly and patients recovering quickly. The agency notes that patients in this outbreak report feeling better within 12-24 hours.

“We are taking this highly unusual action because this virus is extremely contagious and spreading quickly across our schools,” Tanya Marvin, a nursing coordinator for the school district, said in the statement. Marvin added that there now appears to be a “second, related virus that is affecting students” and that the “combination of the two has created an unprecedented spread of illness.”

This is the first time the district has had to close all of its schools because of an illness, said Superintendent Diana Sirko. Sirko acknowledged that “a districtwide closure is an inconvenience to families” but emphasized that the health of students and staff took “top priority” and that custodial crews were “working tirelessly to disinfect schools.”

The school district said in a Facebook post that about a dozen schools received extra cleaning earlier this week after more than 10% of students missed class. 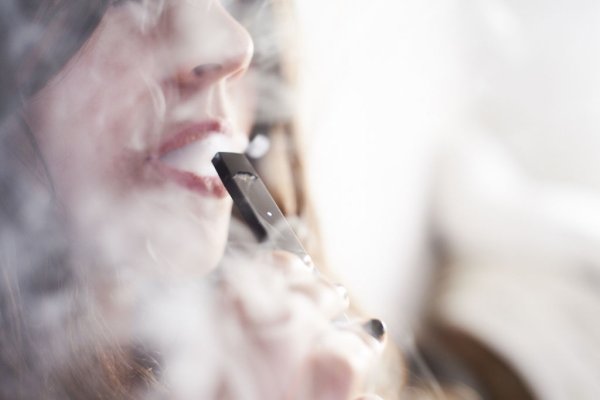 Fewer Americans Than Ever Are Smoking. Will Vaping Take Its Place?
Next Up: Editor's Pick