The Yeehaw Agenda Is About More Than Cowboy Hats. It's About American Identity

Lil Nas X, left, and Cardi B perform at MetLife Stadium in New Jersey on June 2, 2019
Scott Roth—Invision/AP
Ideas
By Andrew R. Chow
Andrew R. Chow is a staff writer for Time Magazine. He has previously written for the New York Times, Pitchfork and NBC News.

The cowboy has long been one of America’s most potent symbols. Strivers have taken inspiration from rugged frontier warriors who embodied American individualism, creativity and the quest for manifest destiny.

For the most part, these icons have been confined to the narrow image of the white man, despite the fact that during the golden age of westward expansion, 1 in 4 cowboys was black. But in 2019, this uniformity was challenged by a new generation of black artists in a movement that has come to be known as the Yeehaw Agenda. As expressed in fashion, film and pop music, the Yeehaw Agenda reflects a moment of transition in which the very idea of American identity is being contested.

Coined by Twitter user Bri Malandro, the Yeehaw Agenda achieved critical mass, thanks to a viral TikTok challenge in which people in cowboy getups danced to a little-known song called “Old Town Road.” The artist, Lil Nas X, mixed country and trap musical elements with a Western camp flair, and it became the longest-running Billboard No. 1 song ever. Other breakout stars Megan Thee Stallion and Lizzo wore flamboyant Western outfits in their videos, and trap-country artist Blanco Brown sparked his own viral dance craze, “The Git Up.” Even Solange, a more established artist, broadcast rodeo images in a companion film to her album.

Black cowboys flooded the runway, with LaQuan Smith, Pyer Moss and Telfar Clemens leading the charge, and Billy Porter wore an asymmetrical cowboy hat to accept the first Emmy awarded to an out gay man for best actor in a drama series. In Melina Matsoukas’ feature directorial debut, Queen & Slim, about two black outlaws, a pivotal scene revolves around Slim riding a horse for the first time. “Nothing scares a white man more than a black man on a horse,” Queen tells him.

Antwaun Sargent, an author and critic who helped spread images of the Yeehaw Agenda on Twitter, says it’s no surprise that these creators are turning to the cowboy. “We’re in a moment where black cultural producers are being given the opportunity–or taking the opportunity–to reinsert narratives that have been swept under the rug or have not been considered central to our respective industries,” he says. “The Yeehaw Agenda has shown that we have the opportunity to correct narratives in this country.” 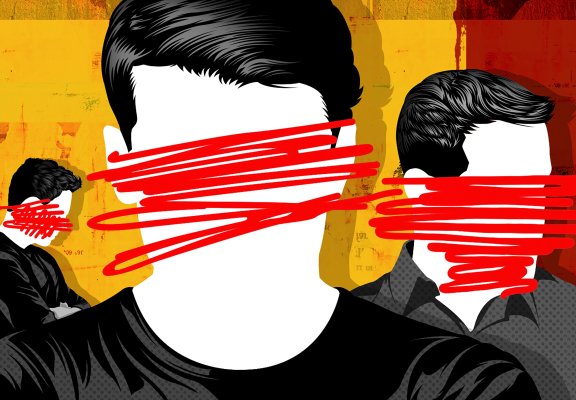 Cancel Culture Is Not Real—At Least Not in the Way People Think
Next Up: Editor's Pick