Under the bright white lights of a central London exhibition space, a few dozen people are sorting themselves into groups. An instructor tells those that feel extremely worried about climate change to go to the far end of the room. Those that are less worried should stay closer to her. Moments later, she is mostly alone. Thirty feet away, strangers awkwardly cram together, signaling that they suffer “eco-anxiety.”

This workshop, organized by King’s College London, is one of several events organized in the British capital this fall to help people work through the feelings of anxiety, depression and grief that arise from confronting the fact that, according to the U.N., we now have less than 11 years to prevent catastrophic climate change. “I try not to be hard on myself, because I know I’m doing as much as I can,” says Leyla Kaya, a 29 year-old IT consultant. She is vegan, avoids flights and has reduced her non-recyclable waste to less than a liter a month, but she’s worried by how little action governments and other individuals are taking. “It’s really scary. It does get me down.”

The American Psychological Association first defined eco-anxiety in 2017 as “a chronic fear of environmental doom.” In 2019, as climate protests, heatwaves and a barrage of natural disasters have pushed climate up the news agenda, eco-anxiety has exploded across the Western world—even as developing countries have suffered most from climate change so far. Mental health studies from Greenland to Australia reveal a surge in people reporting stress or depression about the climate. Interest in The Good Grief Network, a U.S.-based organization coordinating support groups for eco-anxiety sufferers, has surged in the last 6 months, with branches popping up in half a dozen states. In the U.K., the Climate Psychology Alliance, a working group for psychology professionals, has been “inundated” with requests for therapeutic support, says Caroline Hickman, a psychotherapist and CPA member. “People need help to build emotional robustness,” she says. “And parents are having to re-think how they counsel their children, because we can’t just say this is all going to be OK.”

Eco-anxiety is not the same as a clinical anxiety disorder, though physicians say fears about the climate can worsen or trigger pre-existing mental health problems. In fact, for most people, eco-anxiety is a healthy response to the climate crisis, Hickman argues. For people in countries like the Maldives, where Hickman has worked as a researcher, anxiety stems from an existential threat, she says; rising sea levels as a result of global warming mean the low-lying island nation may be entirely submerged by 2100.

But for those in richer northern hemisphere countries, eco-anxiety stems not from the immediate impact of climate change but from uncertainty over what is yet to come, says Aimee Lewis-Reau, who co-founded Good Grief in 2016 with her wife Laura Schmidt. The pair have developed a 10-step program, in the mold of AA, for sufferers. “In the past, we’ve had the belief that if we just follow certain rules, things will be predictable and safe. The climate predicament is challenging that,” Lewis-Reau says. “People in the U.S. don’t know what to do with that feeling of uncertainty.”

Hickman agrees that uncertainty is intolerable for human beings because we feel out of control “To deal with that loss of control,” she says, “we project into the future, sometimes into apocalyptic thinking”—which is why some children in the U.K. believe they will die in the next few years as a result of climate change, or why parents worry about full societal collapse within a couple of decades. That’s a time scale most climate scientists say is unlikely in Western Europe.

Others respond to the climate crisis by simply shutting down and distracting themselves from the issue; in more extreme cases, people choose to deny the reality that the climate is changing. “All of us will fall somewhere on that spectrum from believing nothing worrying is happening at all, to worrying that in 10 years time everyone will be dead,” says neuroscientist Kris De Meyer, who studies how people form world views at King’s College. That spectrum makes it tricky for climate scientists and the media to communicate facts about climate change in a way that makes the public and politicians care, but not panic.

When it comes to treatment, experts say taking action—either by changing your lifestyle to reduce emissions or getting involved in activism—can reduce anxiety levels by restoring a sense of agency and connection with a community. Collective action, says Hickman, is a good treatment for a collective problem.

Before taking to the streets, though, there’s some more conventional therapy to be done. “First, you need to talk about your feelings,” she says, advising that we give ourselves time to accept hard facts like our vulnerability to climate change and our failure to prioritize climate action. “It doesn’t have to be a therapy group, but I wouldn’t advise doing it all alone. Because this is pretty scary stuff.” 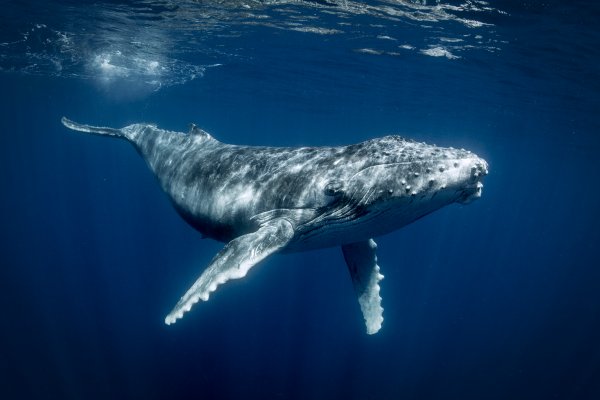 One Whale Is Worth Thousands of Trees in Climate Fight, New Report Says
Next Up: Editor's Pick