Public health experts have worked hard to remind us about the importance of exercise—for mental as well as physical health. Research has linked physical activity to alleviating symptoms of depression; lowering risk of heart disease, cancer, diabetes, and obesity; and living longer.

But the first global country-by-country report on teenagers’ physical activity suggests that the vast majority of the world’s teens aren’t getting the message. In a study published Nov. 21 in Lancet Child & Adolescent Health, researchers at the World Health Organization (WHO) analyzed the results of surveys that included 1.6 million adolescents aged 11 to 17 years from 146 countries in 2001 and then again in 2016. The teens answered questions about how much physical activity they got in school as well as on their own. Overall, 81% of the adolescents did not meet the WHO recommendations of one hour of moderate to vigorous activity a day in 2016.

“It’s not a surprise how high the rates [of inactivity] are,” says Fiona Bull, program lead for physical activity in the department of health promotion at WHO and senior author of the study. “What is disappointing is that the efforts that have been made are not reaching the scale or impact that we would want, and the levels of inactivity remain high. That’s a great concern.”

At the current rate, Bull notes, the WHO’s World Health Assembly’s goal of reducing teen inactivity by 15% globally by 2030 likely won’t be met. Further, while rates of inactivity for boys dropped slightly from 2001 to 2016, the rates for girls didn’t change. “The results point to an urgency to act, and a realization that what we are doing is not enough,” says Bull.

For the first time, the inactivity was tracked by country and region, so the researchers could better understand where exercise rates are lowest.

Those data need to be considered in context, however, since the reason for higher rates of inactivity may be different in different parts of the world. Overall, the highest rates were found in high-income Asian countries; in fact, among girls, South Korea had the highest rate of inactivity, with 97% not meeting WHO guidelines. In those regions, Bull suspects two factors may be contributing to the lack of activity there: one, the explosive growth of the economy which has fueled an increased use of digital and screen-based technologies that keep children sedentary, and two, a culture that prioritizes education over physical activity.

In other parts of the world, other factors—such as poverty, malnutrition and fewer resources—may be driving high rates of inactivity as schools aren’t able to provide regular physical education programs.

The greatest improvements in lowering rates of inactivity among teens from 2001 to 2016 occurred in Bangladesh, Singapore, Thailand, Benin, Ireland and the U.S., although in all of these cases, the drops were relatively small, maxing out at around five percentage points.

The results of the study highlight the need to reassess current efforts to get adolescents to exercise, starting with school programs, says Bull. Emphasizing the importance of physical education in schools could help students adopt good exercise habits that remain with them when they become adults. It’s also important that schools offer a variety of exercise options that could appeal to a range of individual preferences, and go beyond traditional team sports-based programs. “The boy-girl differences in inactivity show us we need to think carefully and innovatively about what girls and boys enjoy and want to participate in,” she says. “The solutions are local, but this is a global problem.”

That means local communities should also prioritize physical activity by providing resources to make both traditional and non-traditional forms of exercise affordable and accessible, like parks, sidewalks (which have been shown to make it safer to walk around urban areas), and bike-sharing programs. “It’s going to be a challenge to reach the 2030 goal” says Bull. “It will require the whole community [and] whole society to change.” 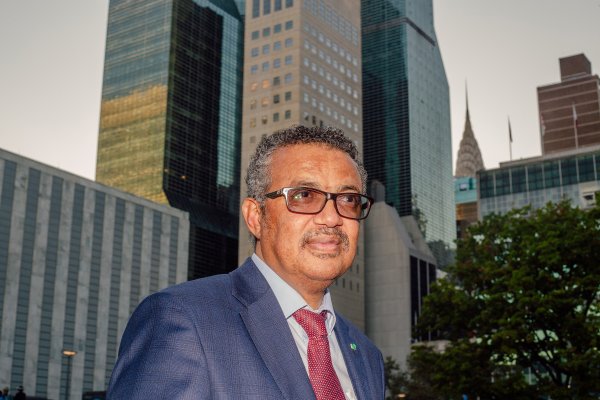