Putin's Vostochny Project Meant to Reestablish Russia as a Space Superpower. Now It's Plagued by Corruption

Russia‘s new Vostochny space center, a pet project of Russian President Vladimir Putin, has lost at least 11 billion rubles ($172 million) through theft and top officials have been jailed, the Kremlin has confirmed.

Earlier this week, Russia’s investigative committee (SK) said 58 people have been sentenced to jail for crimes of embezzlement, swindling and abusing official powers. The longest sentence of 11 and a half years was handed to Yuri Khrizman, former head of the company that carried out the space center’s construction, who alone inflicted a loss of 5.2 billion rubles ($81 million) on the state budget. He and several other construction managers, including his son Mikhail, were jailed in February 2018. SK says it is currently handling 12 more criminal cases linked to embezzlement in the project.

For years, Moscow has tried to reboot the industry that was a source of great pride in Soviet times. The Vostochny space center, located in Russia’s far east, some 500 miles north of Vladivostok, is a “key part of Russia’s effort to reestablish itself as a space-faring superpower,” Professor Mark Galeotti, a Russia expert at the Royal United Services Institute, tells TIME.

Vostochny is intended to reduce the country’s reliance on the older Baikonur launch site, built by the Soviet Union in neighboring Kazakhstan in the 1950s. Russia has grand ambitions for the new launch site, the first it has built since the collapse of the Soviet Union, with aims to send crewed missions to the moon by 2030. Visiting Vostochny in September, Putin told space officials: “This is the country’s most important construction project of national significance.”

But its goals may strike some observers as incredibly ambitious, given that since its opening in 2016, Vostochny has been mired by corruption, expensive delays, hunger strikes by workers over unpaid wages and embarrassing failures. In 2017, Russia was forced to delay the launches of Proton space rockets after it was discovered that workers building the engines had stolen alloys made from precious metals and replaced them with less heat-resistant ones. Later that year, a Soyuz rocket launched from Vostochny fell to Earth after technicians forgot to reprogram its guidance system to take off from the new launch site.

Putin spoke furiously about ongoing corruption at Vostochny during a government meeting on Nov. 11. “A hundred times people were told: ‘Work transparently.’ But no! They’re stealing hundreds of millions,” he said. Just 3.5 billion rubles ($55 million) — less than a third of the total stolen — has been recovered, according to Dmitry Peskov, a Kremlin spokesperson.

Lack of financial transparency is the basic problem with Vostochny and other massive state projects in Russia, says Galeotti. Putin has not been “serious about addressing high-level corruption among senior figures,” he says. “He would have to tackle his entire elite, which he’s not willing to do.”

“When Putin grumbles, it’s partly in frustration that workers are taking more bribes than they’re entitled to,” Galeotti also says. “Putin is not trying to signal that Roscosmos [a Russian space agency] should become transparent, but that embezzlement has transgressed his tolerance levels.” 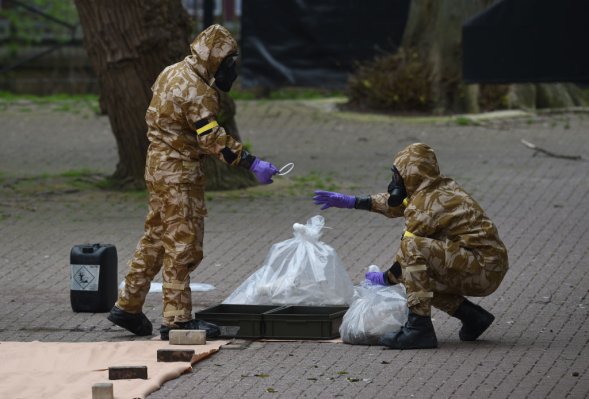 Russia Was Linked to 14 Deaths in the U.K., but Britain Looked Away. A New Book Explores Why
Next Up: Editor's Pick