A Tiny Bug Ended My NFL Career—and Almost My Life

Brandon Noble, #75 on the Dallas Cowboys, in a NFL game on Nov. 19, 2000 in Baltimore, Maryland.
Michael J. Minardi—Getty Images
Ideas
By Brandon Noble

During my nine years in the NFL, I ruptured tendons in my fingers, suffered multiple concussions, and broke several bones. I tore my ACL, MCL, and PCL, and completely blew out my left knee. That last injury should have ended my career. But it didn’t. I put myself back together and played through the pain.

What finally took me down? A tiny bug I had never heard of and couldn’t see. A drug-resistant staph infection called methicillin-resistant Staphylococcus aureus cost me my NFL career—and almost my life.

MRSA is one of many deadly, antibiotic-resistant infections. Together, these “superbugs” kill 160,000 Americans every year. And that number is expected to skyrocket. By 2050, they could kill 10 million people around the world every year.

Right now, countries offer about $550 million annually in grants for antibiotics research and development. But, according to DRIVE-AB, a global public-private partnership advocating for investment into antibiotics, that’s not nearly enough, and does little to help actually bring these drugs to market. It’s time Americans realize just how dangerous superbugs can be, and devote more resources to stopping them.

I contracted MRSA while recovering from a minor surgery on my right knee. The seemingly innocuous skin infection started off the size of a quarter. Doctors gave me a common antibiotic to treat it, then sent me home.

Within 36 hours, I had a groin-to-ankle infection on my right leg, which had swelled into a giant red log. Before long, I was unconscious on the sofa at my daughter’s second birthday party. My wife rushed me to the hospital, where I underwent emergency surgery. I nearly lost my leg—and my life. Doctors gave me a cocktail of potent antibiotics, including one I had to take intravenously for six weeks until the infection finally subsided.

Bacterial infections can morph into superbugs after repeated exposure to antibiotics. Every time they’re exposed to drugs, some bacteria survive. These survivors can spawn stronger, harder-to-treat superbugs like MRSA. If we don’t take action soon, minor surgeries could become too dangerous to perform. Already, traditional antibiotics can’t treat 40% to 50% of post-surgery infections like mine. MRSA alone infects 90,000 Americans each year and kills 20,000.

MRSA isn’t the only bug defying modern medicines. Strep throat, pneumonia, meningitis, and gonorrhea are all adapting to resist treatments. Bactrim, a once common cure for urinary tract infections, no longer treats a third of traditional UTIs. By 2050, superbugs will likely kill more people annually than cancer. It’s no wonder the World Health Organization named antibiotic resistance one of the top 10 threats to global health.

To combat this crisis, we urgently need new, more powerful antibiotics. But hardly anyone is developing them. In fact, many drug companies are shutting down their antibiotics research divisions, or have already done so. Scientists have only developed and approved one new class of antibiotics since 1984.

It’s easy to see why. To stave off resistance, doctors keep novel antibiotics under lock and key and only prescribe them in dire emergencies for short periods of time. As a result, new antibiotics almost never generate enough revenue to cover their average $1 billion development costs. Most drug companies, quite understandably, choose to pour their capital into research projects (such as experimental cancer medicines) that offer at least a slim chance of turning a profit.

So what’s the solution? I’m normally a small government guy, but when it comes to antibiotic resistance, the government absolutely needs to get involved. Lawmakers could offer grants to researchers and reward drug companies that bring new antibiotics to market. Such rewards would make antibiotics research and development financially viable.

It’s time to fight back against MRSA and other drug-resistant infections—before superbugs blitz us all. 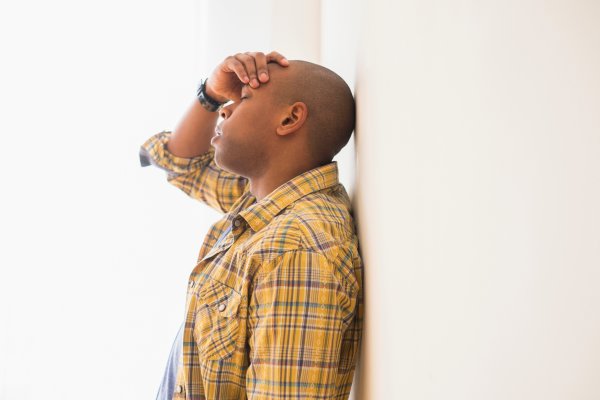 Majority of Americans Cite 2020 Election as 'Stressor'
Next Up: Editor's Pick