When It Comes to Climate-Change Adaptation, As Goes California, So Goes…the World

Flames engulf a burning building during the Kincade fire in Healdsburg, California, U.S., on Oct. 27, 2019.
Phil Pacheco/Bloomberg—Getty Images
Ideas
By Peter H. Gleick
Peter H. Gleick is an environmental scientist, a MacArthur Fellow, and a member of the US National Academy of Sciences.

Is this the “end of California as we know it” and the result of a “failure to live sustainably” as New York Times opinion writer Farhad Manjoo suggested? Is the state “ungovernable” (the Economist) and a failed, “collapsing” experiment (Forbes)? Are we suffering the inevitable consequence, as some right-wing pundits have gloated, of a “series of foolish, unrealistic policy choices” (Rich Lowry, National Review) and democratic attempts at social engineering (Travis Allen, San Francisco Chronicle) ?

In another era, Joan Didion poetically described a future in California that “always looks good in the golden land, because no one remembers the past. Here is where the hot wind blows and the old ways do not seem relevant.” That hot wind is still blowing, now spreading burning embers that threaten to consume us all. Californians remember the past only enough to understand how it has failed us and that it can no longer be a guide to our future. What we thought we understood about yesterday’s climate, energy and water systems, housing, transportation, and education, no longer serves us.

But the idea that California’s failures and challenges are unique is wrong. What’s happening here offers all Americans a glimpse into the failures and challenges of the U.S. as a whole. California’s worsening wildfires look a lot like the worsening hurricanes and flooding afflicting Florida and the rest of the Gulf Coast. The homeless problem in California is difficult and unsolved, but it’s certainly not unique to the Golden State. America has never successfully tackled the shame of having deep poverty despite being the richest nation on the planet. California’s hesitant and uncertain steps toward a zero-carbon-energy future are the same steps the whole planet must take to overturn and reverse the damaging legacy of 150 years of burning fossil fuels. The state’s imperfect but real commitment to social and cultural inclusion isn’t a fad or a whim but the only actions a truly just, equitable, democratic society can take.

How California chooses to respond to its problems will either be a guide to the rest of the country if it gets it right, or a cautionary tale if it fails. And it’s not just about the little things, like banning straws or plastic bags. The state has also led the way in moving to more renewable energy, real cuts in greenhouse-gas emissions, the nation’s best automobile standards, rapidly expanding electric car technology, and the restoration of rivers and natural ecosystems. These are all efforts that tend to threaten the existing political and corporate status quo; efforts that have made the state a target of Donald Trump’s petty tweets and more substantive legal and regulatory assaults.

The good news is that California is an economic powerhouse—by some measures the world’s fifth largest economy. The state is increasingly powered by one of the most racially, ethnically, and socially diverse population in the world—a strength, not a weakness. The fires will be put out, the power will go back on, and the debate about how to respond will continue.

When Mark Twain was visiting London in 1897, a rumor started that he had fallen ill and then died. To an inquiring reporter, he wrote “The report of my death was an exaggeration.” Reports of the death of California, or its dream, are an exaggeration. Rather than signing a death certificate, or gloating about the worsening challenges California faces, the rest of the country and the world should start taking lessons from California: watch to see the challenges that arise, how the state responds, hope we succeed, and plan their own actions accordingly. 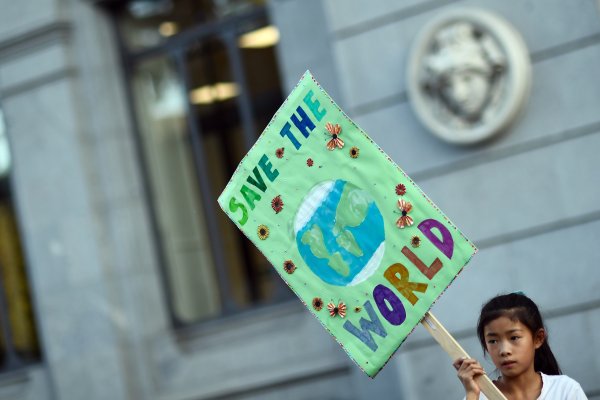 How Climate Change Is Clobbering Kids' Health
Next Up: Editor's Pick