Here's How Well the Apple Watch Can Detect Heart Problems

It’s one of the goals of digital medicine: you wear a device on your wrist that constantly monitors aspects of your health, and if anything is off, it sends you an alert. That’s your cue to connect with your doctor or get a more thorough checkup to head off any potentially serious problems down the road.

That’s the idea behind the Heart app on the Apple Watch, which can monitor heart pulse patterns, and detect abnormalities, which could indicate a condition called atrial fibrillation, or AFib. The irregular heart beats characteristic of AFib could lead to stroke, blood clots and heart failure.

Researchers at Stanford University have been working with Apple to study how accurately the tech giant’s app could detect AFib in a general population. Early results of the research project, known as the Apple Heart Study, were presented at the annual meeting of the American College of Cardiology last spring. Now, in a paper published Nov. 13 in the New England Journal of Medicine, they report that the app’s alerts matched up with electrocardiography, or ECG readings (the gold standard for detecting atrial fibrillation) 84% of the time.

In the NEJM study, the scientists reported results from nearly 420,000 people who already owned Apple Watches and volunteered to participate. Over a period of nearly four days, the watch notified 0.5% of this group of potential abnormal heart rhythms. These people were then asked to contact the study team, which sent them ECG patches to wear on their chest for up to seven days while still using the app. Because AFib is episodic, and doesn’t occur continuously, this allowed the researchers to compare when the app detected abnormal heart rhythms and when the gold-standard ECG did. They matched up 84% of the time.

“That says that the deployment of the technology was safe and could indeed accurately identify atrial fibrillation,” says Dr. Mintu Turakhia, director of the Stanford University Center for Digital Health and senior author on the paper. That means people using the app could, in theory, be alerted to the fact that they have AFib before they have any symptoms.

Turakhia notes that the study doesn’t necessarily suggest that the Apple app could be used to definitively screen everyone for AFib — yet. But it showed that in a group of people with varying degrees of vulnerability to AFib, an algorithm used in a smartphone-based device could, relatively accurately, pick up the condition. With further confirmation, the app could help identify AFib in people who are not even aware of their condition. ”These are people who may stand to benefit from knowing their condition,” he says, since they could then take preventive measures or get treatment to stability their abnormal heart rate.

While the data was stored at Stanford, and the Stanford researchers worked with Apple to analyze the information collected, Apple owns the data gathered from the heart app. That raises concerns about privacy and how well informed people are about how and where their data might be used — questions that remain to be answered.

In the meantime, the study highlights a potential shift toward more efficient, and less costly ways to answer certain scientific questions. The study was conducted virtually, with volunteers talking to the researchers on the phone or through video chat. Usually, clinical trials struggle to sign up large numbers of participants quickly; the process is expensive and time-consuming. And, once people do enroll, there are additional costs and time needed to accommodate their travel to the study site. In this case, however, research team was able to sign up a large number of volunteers in just over eight months.

The study shows that certain questions might be better answered without the infrastructure that clinical trials have traditionally required, and opens up the possibility that mass collection of data using wearable technologies or other continuous monitoring devices could provide a wealth of information that proves useful in improving people’s health. “We are early in this but I am optimistic that we will continue to see many more great partnerships where scientists and technology can come together to answer questions,” Turakhia says. The challenge, however, is to remain faithful to the data and what the evidence shows. “We need to follow the evidence, and continue to make sure we follow the appropriate guidelines.” 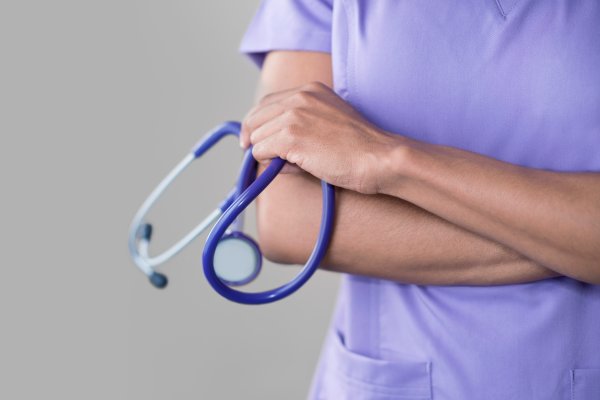