'He Was Definitely Ahead of His Time.' Robert Irwin Speaks About Climate Change And His Father's Legacy

The 15-year-old Robert Irwin, the son of late conservationist Steve Irwin, spoke about the danger of climate change and his father’s legacy.

“The amazing thing with our dad was that he was talking about climate change and the effects that it had kind of before it was as popular as it is now,” Irwin told TIME on Thursday at the 2019 TIME 100 Next event. “He was definitely ahead of his time.”

Irwin says the threat of climate change will only grow large as time goes on. “Right now is what’s going to affect the generations’ to come,” he explains. “We see in Australia even back home some of the effects on our native life and habitat at the moment.”

“We definitely have to act quickly,” he adds.

Irwin also spoke about how social media can be a powerful tool to spread this message, although people need to be careful about how they use it. “For Bindi and myself, it’s always been a kind of platform to spread a positive message,” he says. “I think it can really be used to kind of unite people, and these days pretty much everybody has social media to a certain extent.”

“I think it can be a really good way of reaching out and spreading a message to so many people so quickly,” he explains.

Irwin and his sister Bindi have amassed a huge follow on Instagram, and in 2018, the Irwins debut the reality-TV series “Crikey! It’s the Irwins,” which airs on Animal Planet.

This year Irwin was chosen for the TIME 100 Next list, an expansion of the TIME 100 franchise that spotlights 100 rising stars who are shaping the future of their fields— from business to entertainment, sports, politics and beyond. 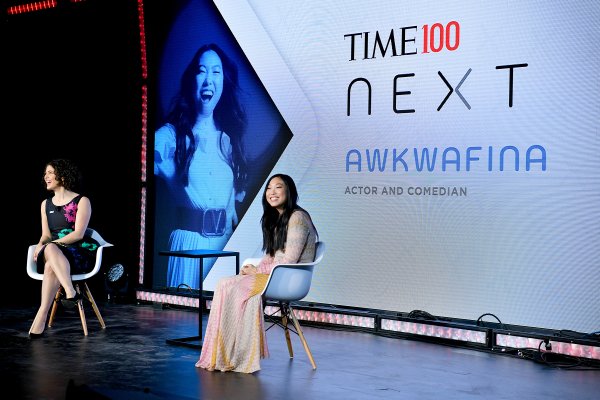 Shattering Stereotypes
Next Up: Editor's Pick