Sometimes everyday tasks can be a bigger challenge than you expect. That was certainly the case for this thirsty dog, who set out to get a drink of water and instead ended up a viral star.

In a video that has been upvoted nearly 16,000 times since it was shared on Reddit early Wednesday morning, a dog can be seen trying to use its new pedal-operated personal water fountain only to discover that it may not have the hang of things yet.

Presumably filmed by the dog’s owner, the clip is captioned, “Absolutely worth every penny,” and shows the dog repeatedly hitting the pedal and attempting to catch the resulting gush of water in its mouth instead of keeping its paw pressed down to create a steady stream.

At one point, the dog even tries out a quick triple tap to see if it will remedy the situation. “The combo move was unexpected and hilarious,” noted one Reddit user. “‘Work dammit!'” 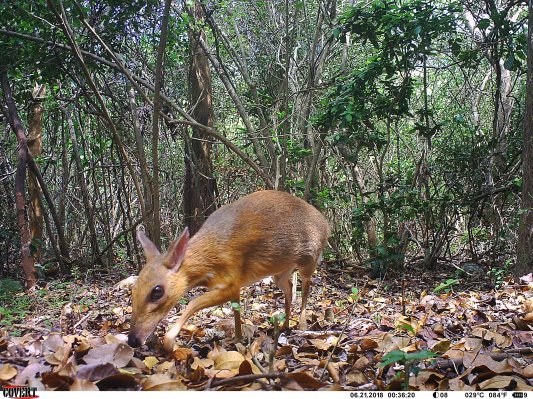 Mouse-Like Deer Just Photographed After It Vanished for 25 Years. Here's What You Need to Know
Next Up: Editor's Pick