The mother of a 5-year-old girl whose disappearance in Jacksonville, Fla., last week sparked a massive search was arrested Tuesday and charged with child neglect and giving false information to investigators, authorities said.

The development comes after investigators uncovered the remains of a child, whom authorities believe to be 5-year-old Taylor Rose Williams, in a wooded area in Alabama between the cities of Linden and Demopolis — about 450 miles northwest of Jacksonville.

“While indications are that this may be Taylor Williams, the exact identification of the victim will be made pending some detailed forensic analysis of those remains,” Jacksonville Sheriff Michael Williams said at a press conference Tuesday.

Brianna Williams, Taylor’s mother, was arrested Tuesday after being admitted to a hospital for “an apparent overdose of some sort,” Michael Williams said. “She is in serious condition at this point.”

The sheriff declined to share further details about the evidence investigators uncovered to indicate child neglect, what led them to Alabama, or how long ago Taylor died.

Brianna Williams reported Taylor missing from their home in Jacksonville on Nov. 6, telling police she had last seen her daughter in bed on the night of Nov. 5. She told police that when she woke up the next morning, Taylor was not in her bed, and the back door of their home was open.

But soon after that, law enforcement officials said Brianna Williams had “chosen to stop” cooperating with the investigation.

“This is obviously not the outcome any of us had hoped to reach,” Melissa Nelson, state attorney for Florida’s 4th Judicial Circuit, said at the press conference Tuesday. “At this time, many questions still loom, and our office’s work is just beginning. The amount of information that we have is, frankly, staggering and the legal implications complicated.”

No one else has been taken into custody in connection with the case, but the investigation is ongoing, Michael Williams said.

“We are nowhere near done in this investigation,” he said. “While we’ve taken some steps today, we’ve got a lot of work left to do, and so again, we’ll continue to follow where the facts and evidence lead us.” 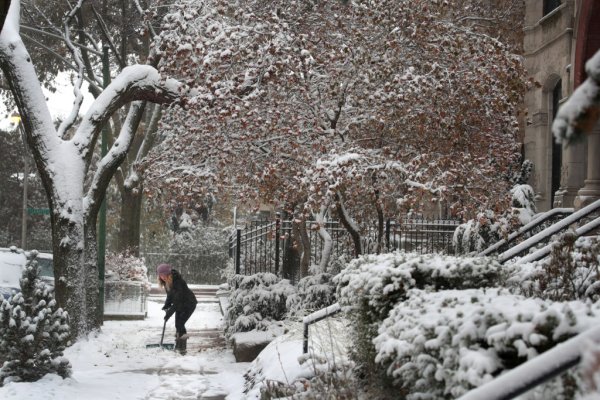 Arctic Blast to Hit 240 Million People Across the U.S.
Next Up: Editor's Pick