A senior Russian minister has said the country has other options if the West declines to use its energy in protest at its action in Ukraine, Reuters reports.

First deputy prime minister Igor Shuvalov said on Thursday at an event in Berlin that Russia is a reliable supplier of oil and gas to the West, yet it has other possible partners.

His comments came in the wake of attempts by the European Union and the United States to impose sanctions upon Russian politician and businessmen, and a financial institution. The actions were meant to punish the Kremlin for its annexation of the Crimea region of Ukraine, an area containing a large number of ethnic Russians. The move provoked widespread condemnation globally.

Shuvalov insisted that forcing sanctions upon Russia would not change President Vladimir Putin’s actions. “It’s impossible to force sanctions on Russia. The more calls for sanctions, the harsher the sanctions placed on Russia, the more mobilized Russian society will become, and we will search for various ways to get around these difficulties,” he said, according to Russian news agency RIA Novosti. 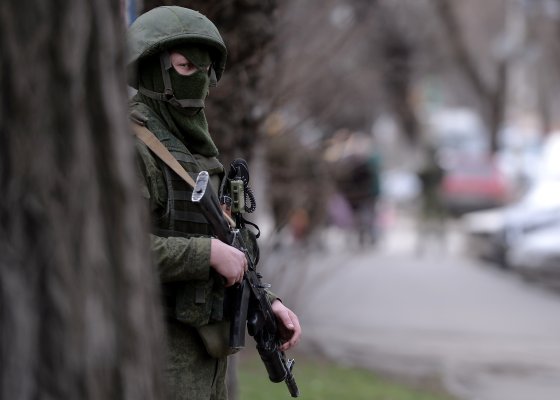 Putin's 'Test' in Crimea Gives Russian Army a Rare Chance to Gloat
Next Up: Editor's Pick