A senior citizen home got their thrills literally when a group of their residents performed a choreographed dance routine to Michael Jackson‘s iconic song, “Thriller.”

In a video shared on Twitter, the residents of Abbington Senior Living can be seen in full zombie regalia, a seeming nod to the “Thriller” music video, where Jackson dances with the undead. Once the song begins, the senior citizens broke into the choreography, matching the original routine almost move for move, much to the joy and delight of the Internet.

Since its 1984 release on the legendary album of the same name, “Thriller” is one of the most beloved tracks in Jackson’s discography, sustaining its popularity despite the controversial allegations leveled against the singer. The song and music video (which was the first music video to be inducted into the National Film Registry) have now become synonymous with Halloween, thanks to their horror film elements, which includes a voiceover by Vincent Price and the zombie-esque dance performed by Jackson, his army of the undead, and now, the intrepid senior citizens of Abbington Senior Living.

See the senior citizens show off their best “Thriller” dance moves below. 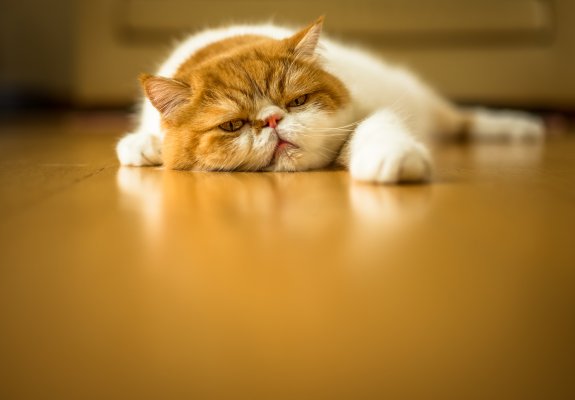 Cat Is Fine Licking Its Owner But Does Not Appreciate it When the Favor Is Returned
Next Up: Editor's Pick