A World War II Navy submarine missing for 75 years has finally been found off the coast of Japan.

The U.S.S. Grayback, one of WWII’s most successful U.S. submarines, was discovered 1,400 feet below sea level off the coast of Okinawa, Japan, by explorer Tim Taylor and his team on June 5, according to multiple news outlets. The discovery became public on Sunday, just one day before Veteran’s Day.

The families of the 80 U.S. sailors who were on board the U.S.S. Grayback will now have closure about what happened to their loved ones.

The Grayback sailed out of Pearl Harbor in Jan. 1944 for the South China Sea, but was attacked by land-based Japanese naval aircraft in the East China Sea on Feb. 26, 1944. The submarine was listed as missing by the U.S. Navy after it was three weeks overdue to return in March of that year.

The find reportedly comes after amateur researcher Yutaka Iwasaki, a systems engineer in Kobe, Japan, discovered a flaw in the translation of Japanese military documents. The coordinates given in the report, which showed that a Japanese aircraft had dropped a 500-pound bomb on the submarine, had been translated incorrectly by the U.S. Navy.

The discovery is part of Taylor and his wife Christine Dennison’s Lost 52 Project, which aims to find the 52 missing U.S. submarines. So far, the team has located five missing subs, including the Grayback. After finding the Grayback, the couple spent months searching for relatives of the sailors who died onboard, so they could finally have some closure three-quarters of a century later. “The most important thing is, they’re here, now they can be celebrated again, they can be honored again, and we know where they are,” Dennison told ABC News.

Gloria Hurney, whose uncle Raymond Parks died on the Grayback, also told ABC News: “There’s a book I read, and it says these ships are known only to God. But now we know where the Grayback is.” 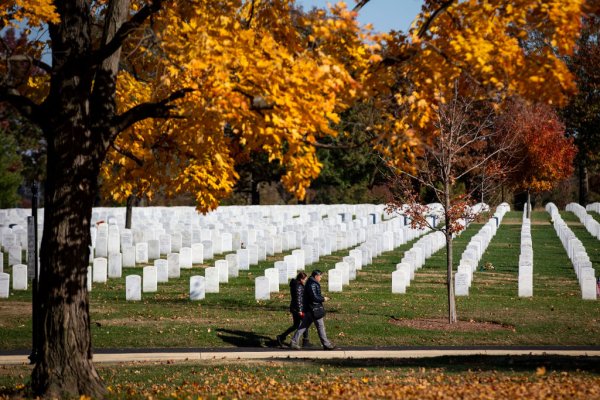 This Veterans Day, More Ways to Learn About Service
Next Up: Editor's Pick