More millennials in the U.S. are suffering from chronic health problems, potentially restraining the lifetime economic potential of a generation of young adults.

A spike in conditions like depression, hypertension and high cholesterol among younger people could increase health-care costs and lower incomes in coming years, according to a report Wednesday from the Blue Cross Blue Shield Association, a federation of 36 independent companies that together provide coverage for 1 in 3 Americans.

Between 2014 and 2017, rates of depression among millennials surged by 31%, while hyperactivity rose 29% and hypertension increased 16%, according to the report. High cholesterol and tobacco-use disorder also increased.

Without change, the effects of those trends could be game-changing for the U.S. and its economy, the report warned. Health-care costs in the U.S. are already high and climbing, on track to make up nearly 20% of gross domestic product in coming years.

It’s likely that a tough economy has played a role in millennial health, since the group entered the workforce in the middle of the 2008 financial crisis and is grappling with burdensome student-debt loads, said Mark Zandi, chief economist for Moody’s Analytics, which prepared the report using Blue Cross Blue Shield data. Zandi called it a self-reinforcing dynamic and “vicious cycle” that needs to be disrupted.

Millennials were born between 1981 and 1996, meaning the oldest turned 38 this year. The generation is known for its technological savvy, generally high levels of education, and demographic diversity. There are roughly 73 million U.S. millennials, and this year, they are expected to become the largest U.S. generation as more baby boomers die, according to the Pew Research Center.

The new report didn’t provide a precise estimate for the effects of worsening millennial health on U.S. economic output. Instead, it predicted the generation’s lower levels of health could eventually cost the oldest millennials more than $4,500 in annual income.

Under the worst-case scenario, millennial health-care costs could climb 33% compared with the prior generation, according to the report. If nothing changes, current trends could also indicate an increase of more than 40% in death rates among millennials as compared with Generation X, the group born between millennials and baby boomers, the report found.

A prior analysis from the Blue Cross Blue Shield Association in April focused on the increasing prevalence of the 10 most common conditions among millennials, a list that included hyperactivity and diabetes, finding that they were more frequent among millennials than the previous generation.

Other research has also raised concerns about millennial health, particularly mental health. Drug-related deaths among the group have surged in the past decade, as have alcohol-induced fatalities and suicides, according to an analysis this year by the groups Trust for America’s Health and Well Being Trust.

Health problems have afflicted earlier generations, influenced by factors like the Vietnam War and the HIV/AIDS epidemic, the report said. But the breadth of millennial health issues makes finding a specific cause trickier. Along with the shadow cast by the financial crisis, Moody’s Zandi pointed to the opioid crisis and said extended wars in Afghanistan and Iraq could also be important. 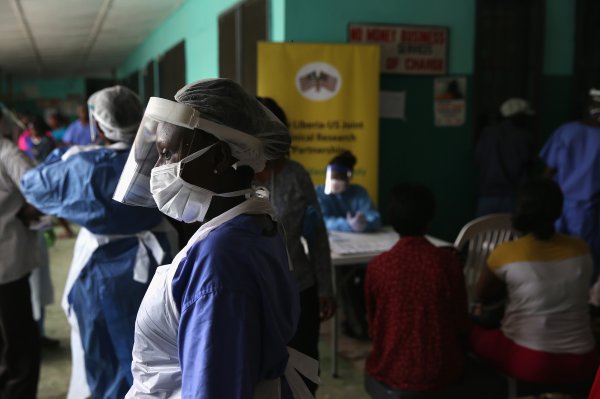 Community Health Workers Are Vital; Governments Should Be Paying Them
Next Up: Editor's Pick