U.S. President Donald Trump responds to a question from a reporter at an event for the signing of two executive orders aimed at greater governmental transparency at the White House October 9, 2019 in Washington, D.C.
Win McNamee—Getty Images
By Chris Wilson

In the grand catalogue of President Trump’s Twitter stream, this one barely registered: At 1:23 p.m. on Nov. 3, 2019, Trump fired off a jab at two of his favorite Democratic targets:

The tweet was civil enough, compared to some of the other messages Trump has tweeted about his political rivals. But however innocuous the contents, the tweet represents a curious distinction: As of that moment, Donald Trump had tweeted more words since the day he took office than James Joyce wrote in Ulysses, often regarded as the most towering — and very long — literary performance of the 20th century. And that does not include Trump’s retweets.

As The New York Times noted in a recent dissertation on the more than 11,000 tweets posted from Trump’s account since he took office on Jan. 20, 2017, Twitter is arguably Trump’s most potent utility, whether he’s using it to retweet fringe accounts, promote a policy or, in some cases, simply declare one.

While the President does not personally key in every tweet sent from his account, he reportedly composes a large number of them, often without any vetting by staffers. Even a conservative estimate of Trump’s personal contribution suggests he has composed at least a modestly long book’s worth of words since he has been in office. I was curious how long that book might be, and predicted it could even be as long as, say, The Great Gatsby, which clocks in at about 48,700 words.

As of Tuesday evening, the President’s Twitter account had posted just over 12,000 tweets since Jan. 20, 2017, according to the Trump Twitter Archive, whose figures match those used by the Times. Of those, 9,274 were original content, not retweets. I wrote a simple script that scrubbed each message of all numbers, URLs and punctuation marks other than apostrophes, and then tallied the number of words left over.

In the 1,020 days since he took office, President Trump’s Twitter account has posted 266,055 words. Ulysses, which runs about 780 pages, has 264,564. That’s using the same measure of counting words with the freely available digital version of the tome on Project Gutenberg. (How one counts words is slightly fungible depending on, for example, on how one considers hyphens and contractions, but my figure is very close to various other tallies).

This didn’t seem plausible, so to check my code, I modified the program to feed each scrubbed tweet to a text file, as though the feed was just one endless stream-of-consciousness — not unlike portions of the later sections of Ulysses. This “Twitter novel” was 1.5 megabytes, almost precisely as long as the plain-text version of Joyce’s novel.

So I wasn’t entirely incorrect. Trump has written as many words as F. Scott Fitzgerald’s classic. He merely surpassed Gatsby‘s word count on Jan. 13, 2018, 51 weeks into his presidency, with this tweet also impugning Democrats. He has since also outpaced Emily Brontë’s Wuthering Heights, every Harry Potter book and Moby Dick:

Notably, Trump’s word output on Twitter is growing at a slow but reliable exponential rate, as you can see from the modest concave bend in the red line. Were this trend to continue, his output by Jan. 20, 2021 would be north of 500,000 words, in shouting distance of David Foster Wallace’s 1,100-page Infinite Jest.

Ulysses traces the consciousness of a small cast of characters across about 18 hours on a June day in Dublin in 1904, obliquely structured around the Homeric epic of the same name. I can foresee a few arguments why this doesn’t have much to do with President Trump’s Twitter feed other than its word count. The two texts occupy roughly opposite ends of the written spectrum.

With one exception, that is. The sum total of Trump’s tweets do not resemble a novel, but Joyce’s novel does, in places, loosely resemble a sum total of tweets. When Jorge Luis Borges first read Ulysses, with great admiration, he noted that “Conjecture, suspicion, fleeting thought, memories, lazy thinking, and the carefully conceived enjoy equal privilege in this book.” More than any other text I can think of, it is a book that offers the greatest reward from being opened to any page, even for the first time.

Sometime in the future, at least one solid generation of historians, sufficiently uncoupled from the raging passions of the Trump presidency, will do their best to make sense of what happened and why. It is possible that volume of scholarship will, after decades, rival the libraries written just on Ulysses. It is not possible that one can achieve any retrospective without a close study of the novel known as @realDonaldTrump, with its many right turns, puzzling asides, and wholly deliberate misdirections. As James Joyce is often quoted as saying: “I’ve put in so many enigmas and puzzles that it will keep the professors busy for centuries arguing over what I meant, and that’s the only way of insuring one’s immortality.” 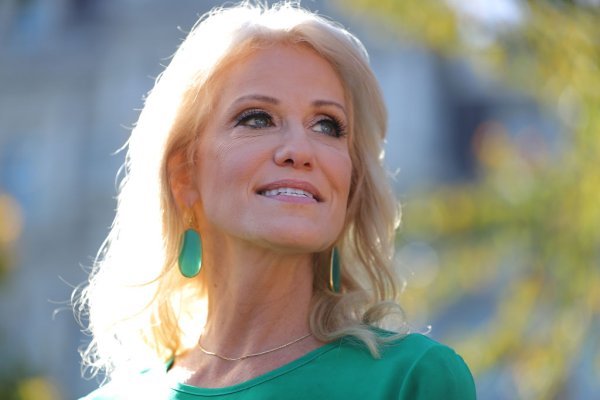 'I Don't Know'
Next Up: Editor's Pick