How One Commonly Used Asthma Inhaler is Damaging the Planet

If there is any field of science that understands the doctrine of unintended consequences, it’s medicine. We rely on antibiotics to wipe out infections, and in the process breed a class of superbugs resistant to the drugs. We develop powerful medications that can control chronic pain, and in the U.S., have a nationwide addiction crisis to show for that breakthrough.

Now, it appears, we can add asthma control to the list pharmaceutical blowbacks we didn’t see coming. According to a new study published in BMJ Open, the familiar lightweight, pocket-sized aerosolized inhalers that make breathing easier for so many of the 235 million people worldwide who suffer from asthma may be choking the planet on a powerful greenhouse gas they release in the process.

The study, led by Dr. Alexander JK Wilkinson, a respiratory specialist with Britain’s National Health Service, focused on the 4.67 million people diagnosed with asthma in the United Kingdom, but it has implications for treatment worldwide, including in the U.S., where 22.6 million people (6.1 million of them children) are afflicted with the condition. The researcher compared the greenhouse gas emissions of aerosol pumps—known as metered dose inhalers (MDI)—with dry powder inhalers (DPI), which are shaped something like a hockey puck and are activated simply by inhaling. The two weren’t even close.

The problem with MDIs is not carbon dioxide (the most common greenhouse gas), but rather two types of hydrofluoroalkane (HFA) gas, which represents a far smaller share of greenhouse emissions, but a much more powerful one. Even the least polluting inhaler was found to emit HFAs at levels equal to up to 10 kg (22 lbs.) of carbon dioxide into the air over the course of its 200-puff lifetime. The worst emitted the equivalent of more than 36 kg (79 lbs) of CO2.

Dry powder inhalers, by comparison, use no HFA propellants at all. To the extent that they have any carbon footprint, it’s mostly from their manufacture and disposal, and the numbers are comparatively small—from 1.5 kg to 6 kg (3.3 lbs to 13 lbs) CO2 equivalent depending on brand.

In the U.K., MDIs represent about 70% of all inhaler prescriptions and the researchers estimate they are responsible for releasing the equivalent of 635,000 metric tons of carbon dioxide each year. If just 10% of those patients switched to DPIs, the equivalent of 58,000 metric tons of CO2 could be kept out of the atmosphere. That, Britain’s Sky News pointed out, is the same carbon footprint as 180,000 gas-powered cars driving making the round-trip journey between London and Edinburgh—about 1,300 km (or approximately 800 miles) each.

What makes such a switchover especially important, the study argues, is that many of the people who are hurt most by all this MDI outgassing are the very people the inhalers are designed to help. “Climate change is a huge and present threat to health which will disproportionately impact the poorest and most vulnerable people on the planet,” the researchers wrote, “including people with pre-existing lung disease.”

Across the rest of Europe, less than 50% of inhalers prescribed are MDIs and in Scandinavia it’s barely 10%. The difference, in most cases, is less about pharmaceutical efficacy than simply local medical custom and practice.

The authors are not calling for a blanket elimination of MDIs. Dry powder inhalers require patients to have at least enough lung strength to draw in the medication, and many do not. For them, the forced puff of an MDI is the only way to administer the drug.

“We recognize the need to protect the environment,” said Jesica Kirby, head of health advice for the advocacy group Asthma UK, in a statement responding to the study, “but it’s critically important that people with asthma receive the medicines they need to stay well and avoid a life-threatening asthma attack.”

As with so many things medical, the right solution is all about finding the proper balance between cost and benefits. In the case of asthma, the benefit of dialing back the aerosols and turning to alternatives whenever possible can accrue to not just individual patients, but the planet at large.

The original headline on this story has been updated to clarify that it is one commonly used type of inhaler—not all inhalers—that emits significant greenhouse gases.

An earlier version of this story misstated the greenhouse gas in the inhalers. It is hydrofluoroalkane, not methane. 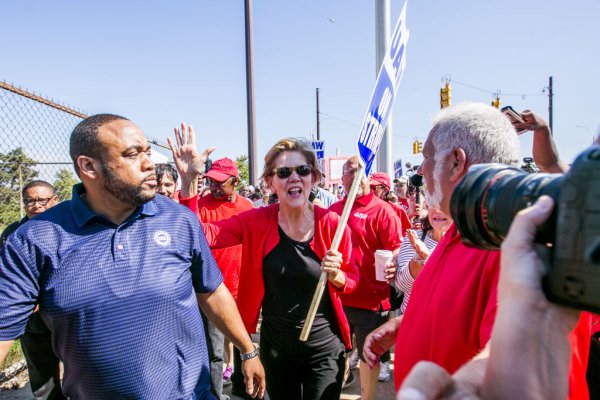